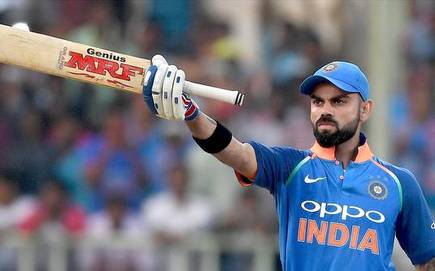 Indian captain and run-machine Virat Kohli is facing serious criticism after his recent “leave India” comment. The remark has infused fire among the people and from common people, celebrities to former cricketers, and politicians have condemned the 30-year old. 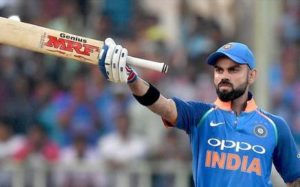 Virat Kohli lashed out at a fan for making a comment on his batting. The fan had posted on Twitter saying that, “He (Virat) is an overrated batsman. Nothing seems special in his batting. I enjoy watching English and Australian batsmen more than these Indians”.

Kohli admitted to the fact that he did not get personally affected by the criticism and he didn’t mind with the fan not liking him but placed a remark that if someone living in India doesn’t like Indian players, then they shouldn’t be living in the country. This last point made by him provoked many, who felt he was being too arrogant.

Film director Anubhav Sinha has backed up and supported Virat Kohli by asking people not to judge him. He felt Kohli, who is a youngster, is bound to get agitated by such comments. He tweeted saying, “It is ok guys. Virat is a young lad. Got agitated. Yes there could’ve been a more gracious answer but don’t judge him for this. In any case sending people to other countries is in vogue these days.”

Arre its okay guys. Virat is a young lad. Got agitated. Yes there could’ve been a more gracious answer but don’t judge him for this. In any case sending people to other countries is in vogue these days.

This isn’t the first time that Kohli has been caught up facing such a disapproval. The right handed batsmen faced a similar situation before when he along with his wife, Aunshka, tried to confront a driver who drove without an helmet.

Ind vs WI- 3rd T20 Preview: Whitewash on the cards for hosts as Windies look to close the tour with a sole win