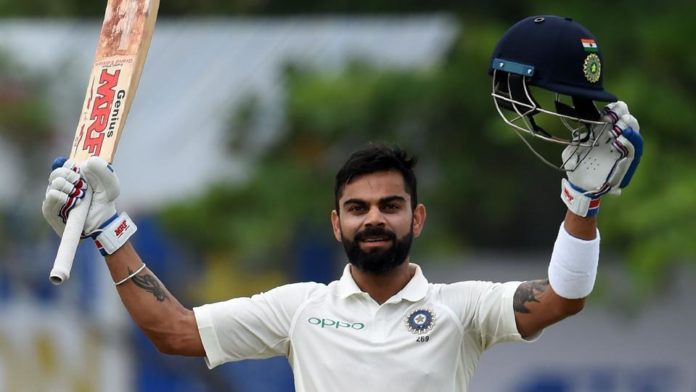 India kick off their 5 match test series vs England on August 1st. Ahead of the big series the visitors took on Essex in a 3-day practice match.

The one off practice game left India with lots to ponder after the top order failing to live up to their expectations and spinners failing to deliver. One of the few positives India took away from the match was that 5 of their batsmen being able to score half centuries. 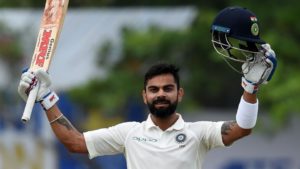 From the 5 who scored 50s, the Indian captain scored 68 off 93 balls. The moment he notched up his 50, Essex cricket club took to twitter to post a tweet. However, their tweet, “This guy’s not bad at cricket… 50 up for @imVkohli off 67 balls!”, was not received well by the Indian fans.

This guy’s not bad at cricket…
50 up for @imVkohli off 67 balls! 👌#ESSvIND pic.twitter.com/CS6ObCNweT

He will score atleast 3 centuries this summer to shut the mouth of people like you !!

He's the best bat in the world. Come on @imVkohli, let's go for a century now.

Think twice before u talk of a legend like Kohli.. First win a World Cup n then talk about cricket… Babies day out is @ECB_cricket

He have world cup in his hand.. what about you guys?? 😂😂😂 Or I can say you guys are not bad at lose in world cup matches!! #kiddos

You mean he bad at all except cricket? U must respect to a legend. Your team is lucky enough to get a chance playing against him so appreciate it.

With the game ending in a draw, Kohli will once again shift his attention in improving the team in certain areas. He will look for solid contributions from the top order if they are to post a huge total.

With the absence of Bhuvneshwar Kumar and Jasprit Bumrah, all eyes will be on Umesh Yadav and Ishant Sharma to share the responsibilities with the new ball for India.

Cricket: “How Indian batsmen play Anderson will be the key,”says McGrath