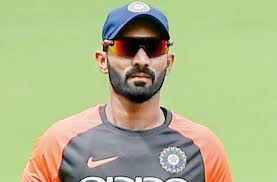 Karthik is getting ready to don the big gloves in a Test series in England 10 years after his impressive knocks against the same opposition.

Dinesh made his Test comeback against Afghanistan in June and now is having a big responsibility of taking the place of Wriddhiman Saha, who is one of the finest wicket-keepers India has produced.

“I am feeling nervous and a little excited. I am playing Test cricket after a long time and looking forward to it. Playing in England is a great challenge, and like any other player, I am as excited as I can be,” Karthik told BCCI.TV. Karthik had played a pivotal role scoring 60 at Lord’s, 77 at Trent Bridge and 91 at the Oval in India’s 1-0 victory in the 2007 series in England.

“I don’t remember so far back, my memory is so bad. I do remember it as the highlight of my career (so far). It was a terrific Test series — one of the few series where both sides played the same XI through the three Tests. It just goes to show how competitive it was. Both teams didn’t feel the need to make any changes, which shows the kind of quality of cricket in the contest,” recollected Karthik. Not to forget the fact that Dinesh Karthik is the only surviving player from that tour of 2007 when India last won a test series in England.

Cricket: Essex’s tweet on Virat Kohli did not go down well with the Indian fans

Cricket : Kohli and Dhawan teach Bhangra to the Essex squad during the practice match