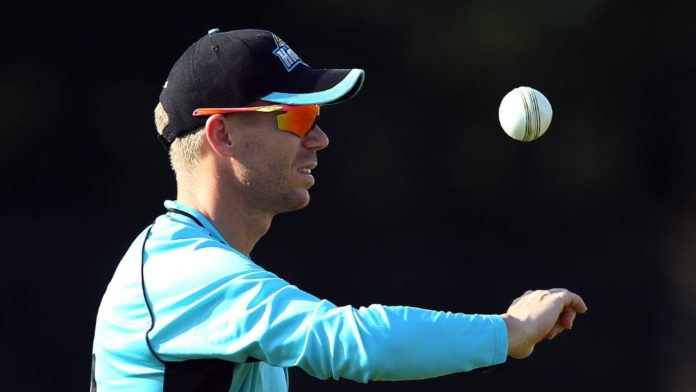 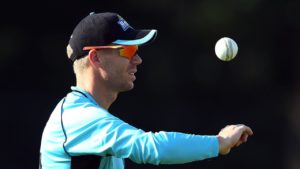 Australian opening batsmen David Warner made his return to competitive cricket after the infamous sandpaper scandal that saw him get a year ban from international cricket and domestic first class matches.

Playing for Winnipeg Hawks in the Global T20 Canada his comeback lasted only few minutes as his side opened with a victory against Montreal Tigers.

Put into bat by the Tigers, Warner set out to open the batting along with Lendl Simmons. He fell after scoring just a run missing a superb delivery from Lasith Malinga that saw the stumps rattle to the ground.

Fifties from Ben McDermott and Darren Bravo saw the Hawks post a score of 203/4.

Chasing 204 for a win the Tigers could muster only 157 runs before becoming all out. 6 batsmen got starts scoring more than 20 runs but couldn’t go on and convert them into big scores.

In the course of the innings Warner picked up 3 crucial catches to dismiss Smith, Cooper and Nurse and put a stop to the run flow.

When asked about his return to the sport after being away from it for nearly 3 months, Warner said that he was grateful for the opportunity. Earlier his Australian teammate Steve Smith too made a comeback scoring 61 for the Toronto Nationals.

Cricket : Global T20 Canada Kicks Off To A Splendid Start