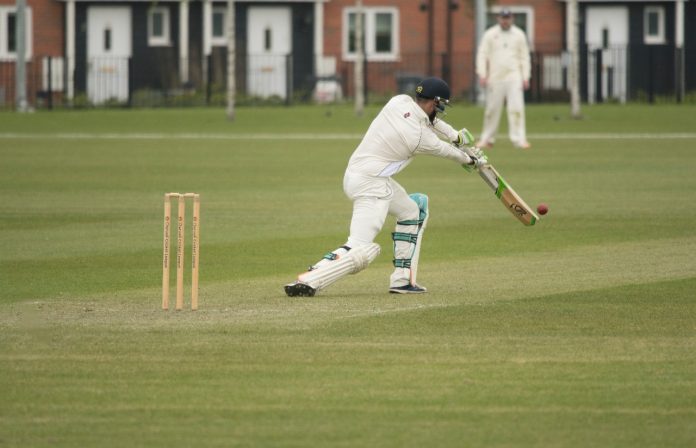 Simply put, match-fixing is defined as manipulating the outcome of a competitive game. The impact is often financial; however, there is also the impact of corporate reputation and the individual players cheated. The reason for match-fixing is often for financial gain, and it is generally an attempt to extract value out of the fixed match using various methods and placing bets on Sbobet and other bookmakers.

Cricket betting is a complex phenomenon, but the basic concept is quite simple. You bet your money on the outcome of a cricket match before it actually begins.

Let’s know it in detail, along with the dark side of match or cricket fixings.

What is Match Fixing or Cricket Betting?

Match or Cricket betting is a type of fraudulent activity related to sports. In which money is placed on an event by an individual or group who knows the outcome beforehand. Match-fixing typically occurs when the outcome of an event is unfairly determined by an outside group.

Match Fixing is a criminal act in which an individual or team agrees to fix (make deliberately incorrect or miscast) a number or the outcome of games that will be predetermined or any other competitive event in order to secure illegal financial profits.

The Bitter Truth Behind Match Fixing

Match-fixing and various betting activities of corruption in sports have pervaded every form of cricket in all formats internationally.

The lucrative business of cricket betting has given rise to many illegal activities. Along with that, different other criminal activities take place through the funds generated in betting. The story becomes more brutal when national and international mafias come into the picture.

Let’s look at one of the incidents that took place in Dubai and have its root in Cricket betting. This story will reveal the bitter truths that often remain behind the curtain.

Incident of Match Betting in Dubai

In 2003, it was a typical calm January evening at the Indian Club, an exclusive members-only hangout in Dubai’s posh OudMetha neighborhood. Everything was running as usual but the clinking of glasses and cue ball kissing at the billiards table. Suddenly, friendly banter was silenced by a brutal murder. Exactly Twenty shots were fired. Blood poured from the victim’s cranium onto the green baize. For the mafia war in cricket, another body bag is required.

Sharad Shetty, who was an Indian national, was killed. He was the deputy of known and dreaded mafia boss Dawood Ibrahim, whose D-Company gang engaged in a power battle with a rival gang.

The assassination was alleged to have been planned by the boss of the Mumbai underworld ChhotaRajan. Bullets and corpses were being exchanged for control of India’s burgeoning illegal cricket gambling sector. Shetty was slain a month before the Cricket World Cup that was going to be held in South Africa.

Shetty was regarded as the financial muscle of the mafia company called D-Company.” His assassination inflicted a severe blow to the crime group, allowing Rajan to have a piece of the action.

Ibrahim continues to seek vengeance on Rajan for the assassination of Shetty. It was also alleged last year that he would try to kill his competitor. Finally, he was sentenced to seven years in prison in April 2017. However, the conflict and the bloodshed weren’t ended here but continued ever after that incident.

It is often said, “Control the betting market in India, and you control the sport that a billion people regard as religion. It’s a license to print money.”

The attempt of cricket to maintain its clean and pure status is embarrassingly unrealistic when such vast sums can be made out of it. Not least because when D-Company shows up, players, selectors, coaches, umpires, and groundskeepers follow orders.

As the industry is so large, there is much room for corruption. D-Company has always had the power to penetrate dressing rooms. They were known to have access to the Indian cricket team’s inner circle in the early 1990s. Even the Board of Control for Cricket in India itself relied on selectors to bring players into the team who would do their bidding. Players are heavily bribed to lose wickets, bowl erratically, and score slowly.

Times change, and in today’s digital-first world, even betting is moving online. The growing popularity of cricket betting has led the way for a plethora of online betting companies that not only provide the best possibilities but also ensure that customers have a secure and safe gaming experience.

When opposed to traditional clandestine sportsbooks, online cricket betting has numerous advantages. Popular and reliable online betting sites not only offer a wide range of betting markets, but they are also safe and secure, as they are controlled by offshore gambling licenses. They are also a convenient and user-friendly platform that allows the players to wager from any location around the clock.

Adding to this, many betting sites also offer secure payment methods, which makes it even more simple to deposit and receive winning funds without any uncertainties.

If we put it simply, despite the widespread appeal of sports, betting on cricket is still prohibited in many countries around the globe. In India, there is already a robust internet betting business, which has resulted in numerous arrests but no prosecutions. As a result, industry stakeholders and operators have been pleading with the government to adopt a more modern approach to have better surveillance of the sector.

If properly exploited, it will provide the country with greater economic opportunities. Given how popular cricket is in India right now, among other sports, it makes full sense for the government to capitalize on the profits that a regulated internet betting business will bring in.

With so many betting options for cricket, it makes smart planning ahead so you can take advantage of them throughout each match you watch. This can be done by participating in entertaining online cricket betting activities, which, when done correctly and through reputable and secure platforms. With the ever-increasing number of betting platforms accessible today, it’s a good idea to conduct some homework before betting on your first cricket match of the year.

Cricket betting and any other form of manipulation of sports activities can not be considered justified on any grounds. And it should not be tolerated at all.

Cricket is a game that has a lot of emotions attached to it. In countries like India, cricket is followed as religion. And any misconduct in the game is taken as directly cheating the people who believe in the game and its players. Although it seems like an easy way to earn a lot of money, it’s still fraud if you involve in this path.