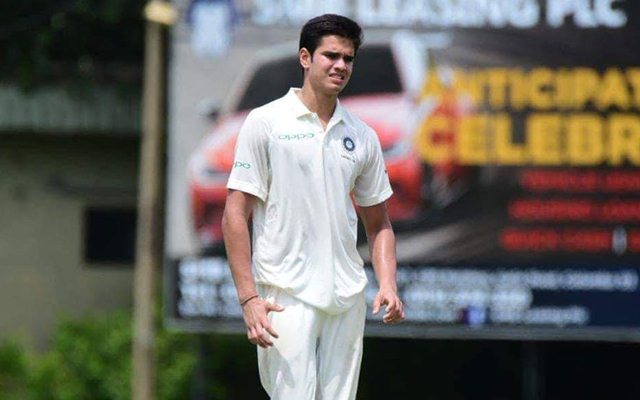 Arjun Tendulkar was the focal point in the Indian U-19 squad touring Sri Lanka for 2 tests and 5 ODIs. The maiden call-up for the son of Sachin Tendulkar was questioned by several, but it seems that the left-handed all-rounder has silenced his critics.

The lanky left-arm pacer did not take long to strike an impact as he managed to bag his maiden International wicket after trapping  Sri Lanka U-19 opener R Mishra for a plumb LBW in his second over itself.

Have a look at Arjun’s maiden dismissal.