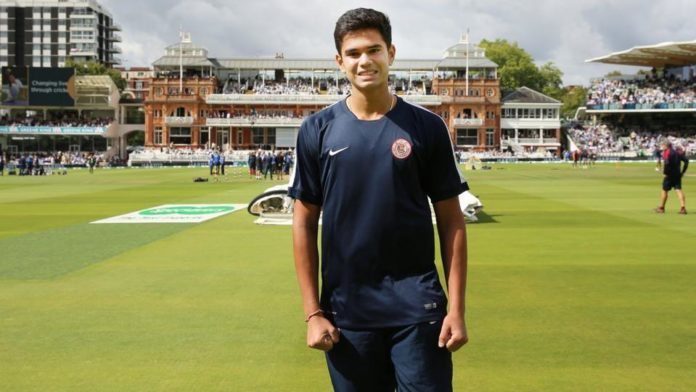 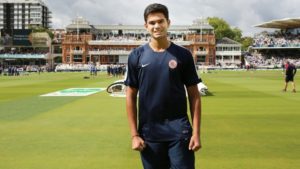 Arjun Tendulkar, the son of the little master Sachin, wrapped up playing his first youth test match in Sri Lanka last month. This one month couldn’t keep him away from the game as he was seen on the field during the ongoing second Test between India and England at Lord’s on Friday.

Not only honing his skills along with MCC Young Cricketers in his off time, Arjun, also gave a helping hand to some of the Groundstaff. Lord’s Cricket Ground took to Twitter to applaud junior Tendulkar’s effort, posting: “Not only has he been training with @MCCYC4L recently & but he has also been lending a helping hand to our Groundstaff!”

Not only has he been training with @MCCYC4L recently & but he has also been lending a helping hand to our Groundstaff!#ENGvIND#LoveLords pic.twitter.com/PVo2iiLCcv

In his Youth Test debut this July, Arjun, who is a left-arm fast bowler, ended up with figures of 1/33 and 1/32. He also recently featured in the news for having lunch with England women cricketer Danielle Wyatt.