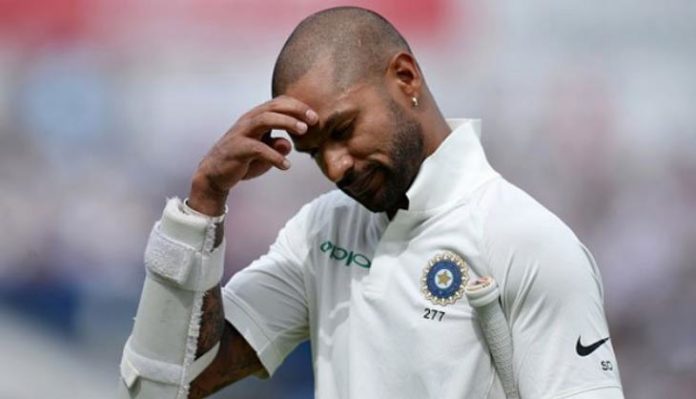 Indian opener Shikhar Dhawan who is currently out of form following a poor England tour has now come in defence of his team, stating to the fans that the players are also hurt just like they are. 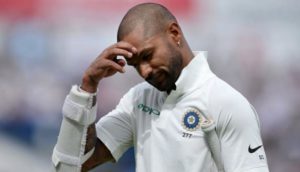 The Indin players in recent times have been subjected to a lot of negative and abusive comments in the social media after failing to clinch the test series vs England. India have already lost the series 3-1 and now stare at another loss when the 5th test begins on Friday.

“People who have been writing negative stuff. We are also hurt the day you guys are. It is important to learn from our mistakes and move forward. We give our best for the nation everytime we walk on the ground and most important thing is as a team we should be in a good mindset before the next game.”

Apart from the likes of Virat Kohli, Ajinkya Rahane and Pujara none of the other batsmen have made any significant contributions this series. The opening duo of Dhawan and Rahul along with Murali Vijay who played the first couple of matches haven’t scored anything really big.

Dhawan has scored 158 runs from three matches so far while Rahul has managed 113 from four matches. Vijay, who was dropped from the squad for the last two Tests, managed 26 runs from two matches.

“We cannot change the past. So we do our hardwork at the ground as always and keep our process strong. After practice it is important to laugh and be happy so we create positivity in the team. That’s what champions do. Easy to be happy when winning. Warriors stay positive when things are down too. Thanks to the fans who are still supporting us,” Dhawan wrote.

With the fifth and final test match starting on Friday, the team will hope to turn the tides in their favour and put up a good batting display to satisfy the fans.

Is there bias and partiality in the Indian cricket team selections? Harbhajan Singh thinks so!