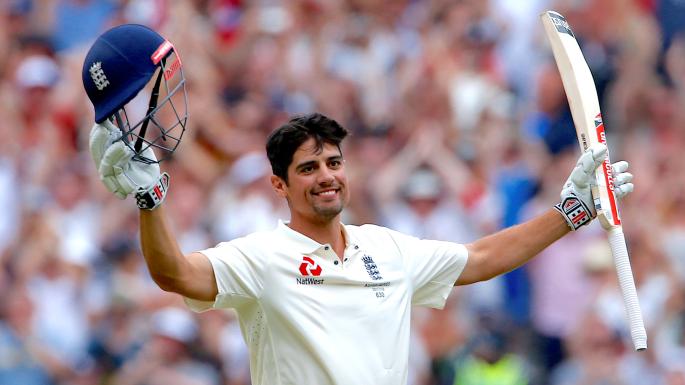 England test opener Alastair Cook who announced that he would retire from international cricket following the conclusion of the fifth test got a stunning guard of honour from the Indian players when he set out to bat today at Oval.

Earlier, the England skipper Joe Root who had won the toss chose to bat first. Cook was then given a standing ovation as he arrived at the crease and immediately looked comfortable on a slow pitch against a below-par India attack.

Cook added 60 runs for the first wicket before his partner, Keton Jennings got out to Ravindra Jadeja. He then continued his flawless innings joining hands with the incoming Moeen Ali. Also in the course of his innings, Cook was awarded a life after he was dropped on 37 by Ajinkya Rahane in the gully region.

Finally, he fell for 71 after Jasprit Bumrah cleaned his stumps. This knock of 71 marked the 89th time Cook crossed 50 or above in test matches.

Cook, who holds the record for most appearances, runs and centuries for England, had already been presented with a commemorative cap by England director of cricket Andrew Strauss and England and Wales Cricket Board chairman Colin Graves before the start of the game.

Post-retirement, Cook has stated that he would continue to play for his home side Essex in the County Championships.

Cricket: “We are also hurt like you guys are” says Shikhar Dhawan to his fans