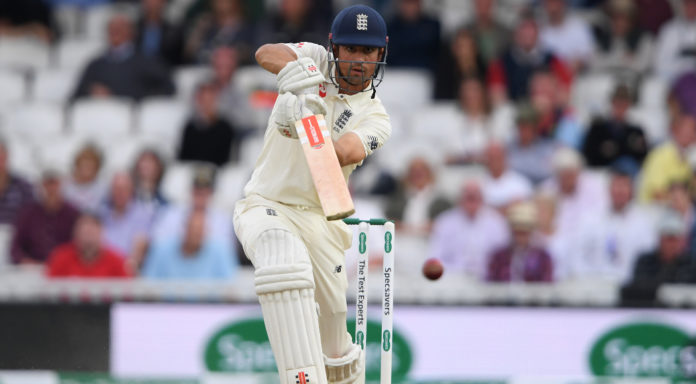 England opener Alastair Cook, who had announced that he would retire from international cricket following the conclusion of the 5th test, signed off his career in style by scoring a brilliant 147. 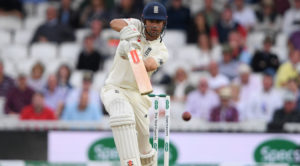 Cook who is already scored more than 12,000 runs is England’s leading run scorer in tests. By virtue of this century in his last innings, Cook joined the elite company of Reggie Duff, Bill Ponsford, Greg Chappell, and Mohammad Azharuddin to score a ton in their debut and last Test. Also, he became the 35th player to score a century in the final test match.

During this knock, Cook achieved yet another feat as he became the highest scoring left-hander in the game overtaking the Sri Lankan wicketkeeper Kumar Sangakkara and moving into the 5th position in the all-time leading run scorers.

The moment Alastair Cook reached his 33rd Test century in his last innings! 🙌

Cook got to his hundred in an unexpected turn of events. Following an overthrow that went past the boundary line, Cook reached the 3 figure mark for the 33rd time in his career. This landmark saw Cook receive one of the longest reception from the crowd at Oval which included his family who was in attendance.

Following his dismissal, he was given a standing ovation from the crowd which also included each of the players present in the outfield going over and giving him a hand.