The England Cricket Board (ECB) claimed that they are striking a discussion with the BCCI over a reported “four-team” tournament which will involve a fourth along with the major forces of India, Australia, and England. The tournament is reportedly being considered to avoid the ICC from hosting a major event every year. 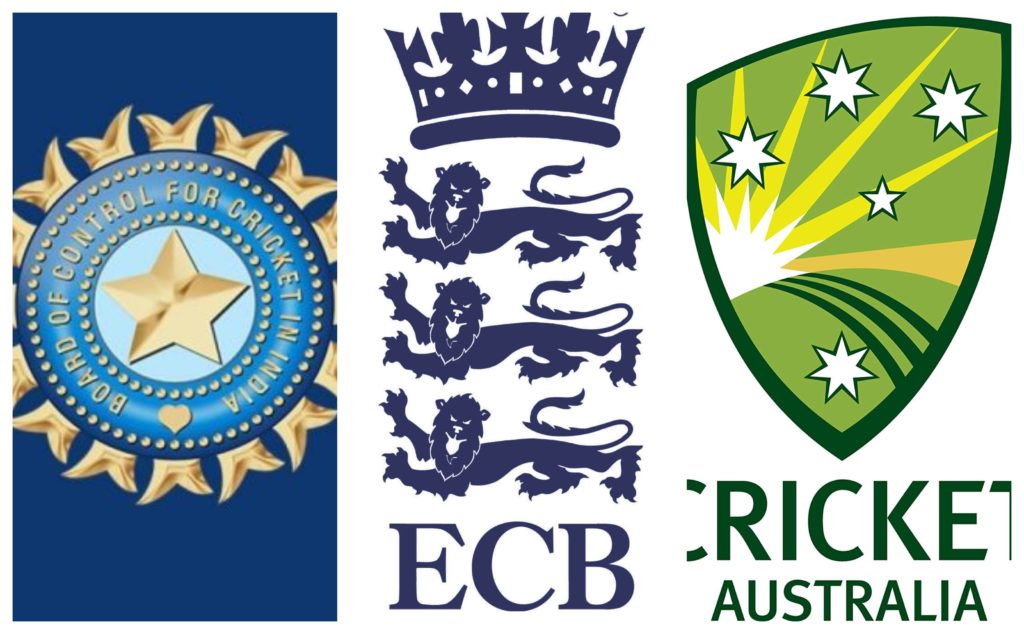 The event is proposed to be hosted by the “big three” nations on a rotational basis from 2021. The concept has been met with a conflicted opinion as it will widely increase the revenue for the nations involved. Moreover, the ICC generally does not allow tournaments with more than three teams as it goes out of their multi-lateral roster.

In a statement given to ESPN Cricinfo, the ECB stated:

“We meet regularly with other leaders from the major cricketing nations to share learnings and discuss topics that impact our sport,”

“A four-nation tournament was raised at a meeting with the BCCI in December and we are open to discussions with other ICC members to see if this concept can develop.”

BCCI President Sourav Ganguly is said to have discussed the idea while ECB have revealed the discussions that have taken place earlier this month. Cricket Australia is although yet to break their silence regarding the same.

If the proposed tournament goes ahead as planned, it would mean a tighter schedule for the cricketers to keep up with. Justin Langer recently had his say regarding the fixture workload on his players. He said:

“It is. We all understand the schedule in world cricket is really tight, so I am sure there will be lots of negotiation and there are people, that’s their role to negotiate and get that right. But we all know it is a tight schedule,” Langer was quoted as saying in the Australia media.

BCCI fires back over PCB over ‘security’ jibe: Handle Security In Your Own Country First!