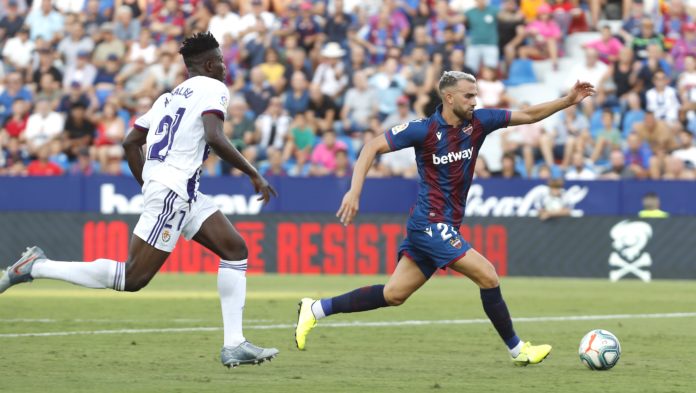 Saturday’s Valencia city derby (11:00PM IST) should be a cracker with both teams firing so far this season, and the huge local pride and global ambitions on each side. 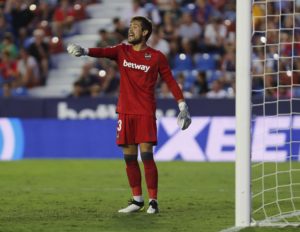 Expectations will be high around the city ahead of the game, with Valencia and Levante coming into the game separated by just three points and three places in the LaLiga Santander table. This follows Los Che’s gutsy 2-1 victory in another regional derby at home to Villarreal, while Los Granotas will want to bounce back from their 0-4 defeat at in-form Getafe.

Levante have been really strong at their Ciutat de Valencia stadium this season, with just one loss through seven LaLiga games which have brought four victories including the famous 3-1 win over reigning champions Barcelona in early November. 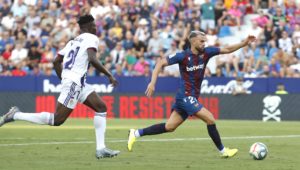 Valencia meanwhile have had some excellent results on the road, winning at Athletic Club’s daunting San Mames stadium and picking up an impressive draw away at Atletico de Madrid in recent weeks.

Levante have also had many excellent performers throughout their team over the first four months of 2019/20. Jose Campana has again been a driving force in the centre of the park, while another former RC Celta player, Nemanja Radoja, has settled really well; both midfielders scored against Barça. Goalkeeper Aitor Fernandez has also been in spectacular form between the posts, while forwards Borja Mayoral and Roger Marti have also been among the goals recently.

Among many extra twists adding an edge to Saturday’s derby is home coach Paco Lopez having represented both Levante and Valencia during his playing career. Lopez stepped up from the reserve side to save the senior team from relegation in 2017/18, and easily kept them safe again last year while playing really entertaining attacking football. Valencia coach Albert Celades has also had a positive influence since taking his first job in senior club management in September, drawing on his experience as a LaLiga winner with both Barcelona and Real Madrid as a player.

Further connections include Celades knowing Levante’s Mayoral from their spell together with Spain’s Under-21 international team as coach and player. Meanwhile, Levante defender Ruben Vezo played for Valencia from 2014, before in January 2019 becoming one of the few players recently to move across the city.

Recent seasons have seen the home side dominate this derby. Valencia have won the last five meetings at their Mestalla home, with Levante victorious in four of the last six in front of their own fans. Last season at the Ciutat de Valencia saw Roger Marti twice put the home side ahead, Denis Cheryshev and Parejo equalise both times, and Levante defender Coke sent off late on.

Further excitement is likely in Saturday’s game, and both teams will see the three points as pushing them closer to the European places. Bragging rights around the city will also be at stake, meaning many reasons for supporters and neutrals all over the world to tune in.