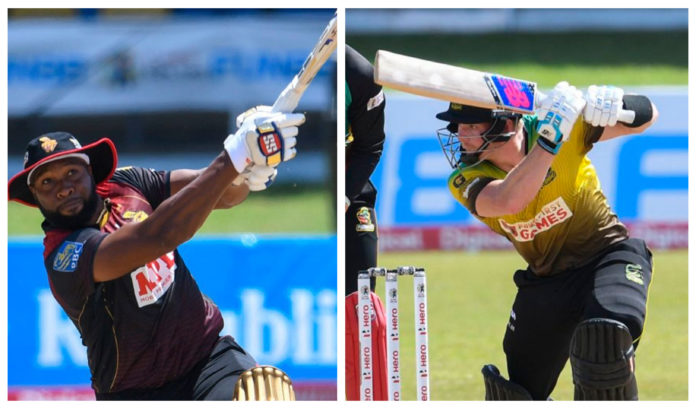 Trinbago pulled off a near-impossible win to stretch their winning streak while Jamaica dominated St.Kitts to register a vital win in pursuit of a top 4 spot. 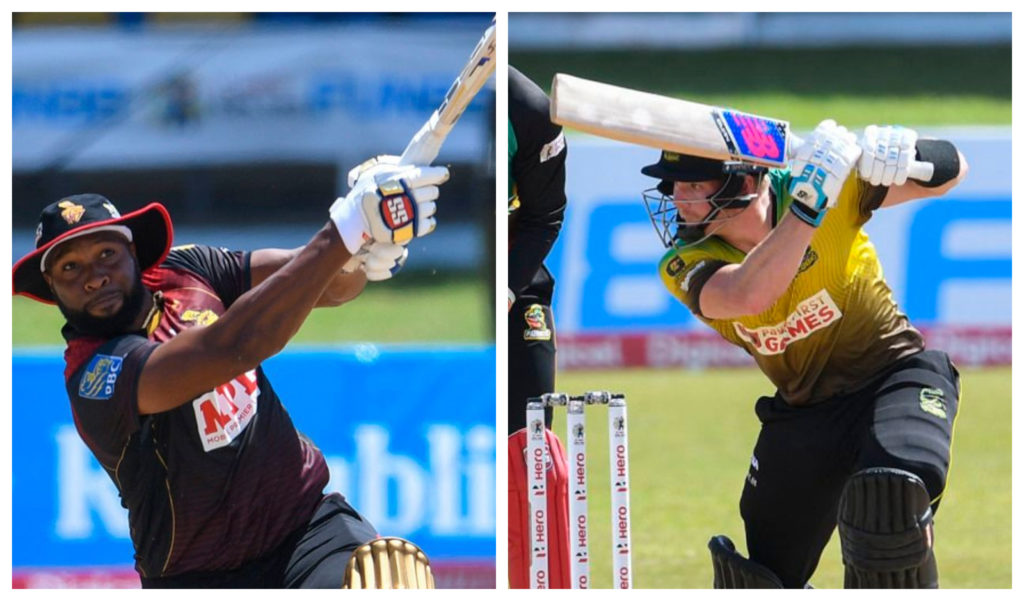 Following the norm of bowling first after winning the toss, Trinbago sent back Shai Hope who struggled at the crease for his 4 runs off 10 deliveries. Johnson Charles and Kyle Mayers steadied the innings with a 51-run stand for the second wicket.

Both the set batsmen departed within reach of their fifties while the middle order turned in a weak outing. Short bright cameos by Ashley Nurse and Rashid Khan pushed the team closer to the 150-run mark, a target which has been defended over the course of this tournament.

Chasing the target, it was a landslide for the three-time champions as Lendl Simmons watched his partners depart one by one. With the required rate climbing up to 12 with less than six overs, skipper Kieron Pollard coming in at Number 7 exhibited one of his greatest innings.

With 9 sixes and 2 fours, the all-rounder accounted for 72 runs from mere 28 deliveries. Pollard hit three sixes in the last 2 overs before his dismissal which left the side needing 8 of 4 deliveries with 2 wickets in hand.

Kharry Pierre kept his cool and cleared the ropes the very next ball and snatched the game right out of Barbados’ grasp with only a ball to spare.

Jamaica climbed to the third spot of the table after a relatively comfortable outing against St.Kitts. Despite a slow start, Jamaica were in command of their innings anchored by opener Glenn Phillips. The New Zealand batsman remained unbeaten throughout the innings and ended up with an unbeaten 79 off 61 deliveries.

Cameos from Blackwood and Asif Ali enabled the team to set St.Kitts a target of 148. The chase did not go off to a good start as Fidel Edwards dismissed Chris Lynn off the fourth ball of the innings.

The required run-rate kept climbing courtesy of a tight bowling display by Jamaica. Carlos Brathwaite spearheaded the unit by picking up 3 wickets for just 11 runs.

St.Kitts were all out for 110 in the last over and cemented their place at the bottom of the table with a sole win to their name.