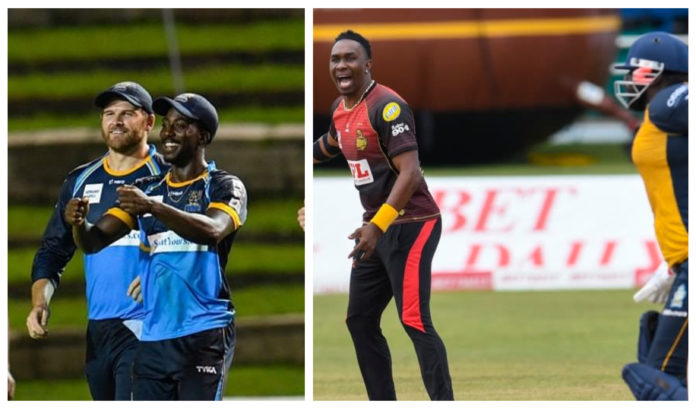 Trinbago Knight Riders made it four in four after a rain-curtailed encounter while Barbados overcame the Tallawahs challenge to register a comfortable victory. 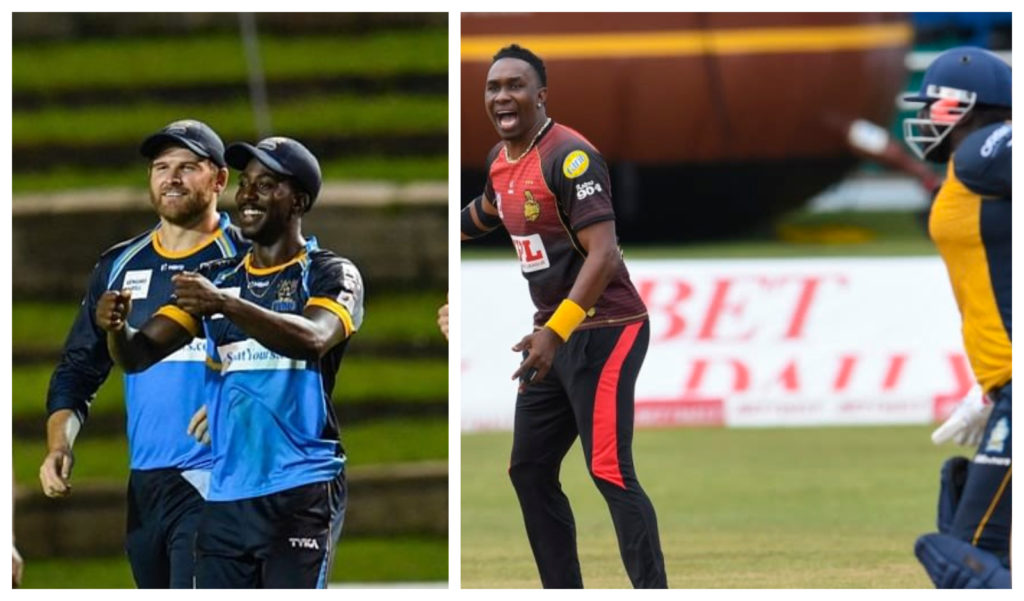 Pravin Tambe scripted history by becoming the first Indin to play in the Caribbean Premier League. The 48-year-old was included in the Trinbago Knight Riders’ playing eleven as the primary spin option in the absence of Sunil Narine.

A bright start by Andre Fletcher and Rakheem Cornwall was soon put by the third over. Dwayne Bravo entered into the attack and became the first bowler ever to claim 500 wickets in the shortest format of the game. Mohammad Nabi’s vital hand towards the end pushed St.Lucia to 111-7 before the rain came into play. Rain took away a majority chunk of time which prevented the first innings from being played any further.

Trinbago received an early jolt in pursuit of chasing the modified target of 72 off 9 overs. Opener Lendl Simmons was dismissed off the very first delivery of the second innings.

Despite losing the first four wickets inside 23 deliveries, Darren Bravo and Tim Seifert kept a cool head to get Trinbago across the line without any further casualties.

Electing to chase after winning the toss, the Tallawahs managed to get a stranglehold over Barbados’ batting line-up except for Kyle Mayers.

The 27-year-old racked up eight sixes during his knock of 85 which came to an end in the penultimate over. The spin trio of Mujeeb-ur-Rahman, Veerasammy Permaul and Sandeep Lamichhane restricted the line-up but were unable to cope up with Mayers’ assault.

Chasing 149 to win, Jamaica were never in the chase. After losing Glenn Phillips in the first over, it all went downhill gradually for the chasing side.

Spin continued to be a scathing statement with Hayden Walsh Jr and Mitchell Santner controlling the proceedings while Rashid Khan chipped in as well.

Jamaica ended up with 112-9 after their 20 overs, handing Barbados a huge win by 34-runs which enables them to climb up to the third spot in the points table.

Watch: Virat Kohli’s quarantine period in UAE is all sweat and dumbbells