It was the competition that the Blue Tigresses were expected to finally reach continental paradise, setting the tone for global reckoning. As hosts, everything seemed perfect for India. The 2022 AFC Women’s Asian Cup, which is being backed by www.bestunitedstatescasinos.com, returned to the country for the first time in more than four decades. At that edition, the Indian women finished runners-up to Chinese Taipei. It’s been hit and mess afterward.

Thomas Dennerby’s women had all the momentum heading into the showpiece. They put up impressive showings at a four-nation tourney where they came up against Brazil, Sweden, and Venezuela.

On top of that, India had perhaps its best crop of players in ages. “We have a good bunch of young players, and some experienced heads too. The young ones are hungry to prove themselves, so that brings in a good level of energy and healthy competition for places,” Dennerby said. “But it also works the other way round — as the experienced players can guide the young ones in different things both on and off the pitch”.

Led by youngster Manisha Kalyan, the Blue Tigresses boast a flurry of attacking players. However, Covid was their nemesis.

India began the competition with a goalless draw against Iran. What this meant was that the game against Chinese Taipei was crucial for their prospects of advancing to the last four. That would have also opened up a possibility of a spot at the 2023 FIFA Women’s World Cup. It was not to be.

India began the competition with two Covid cases. Dennerby had raised concerns. “We’re more like thinking about the next test, which is tomorrow,” Dennerby told reporters, his expressions hidden under the mask, adding, “so that we don’t have any more cases.”

The situation escalated rather quickly, and heartbreakingly. They were unable to field the minimum required 13 players for their second Group A match against Chinese Taipei at the DY Patil Stadium in Navi Mumbai after a dozen players returned positive tests from the 23-member squad in the bio-bubble. 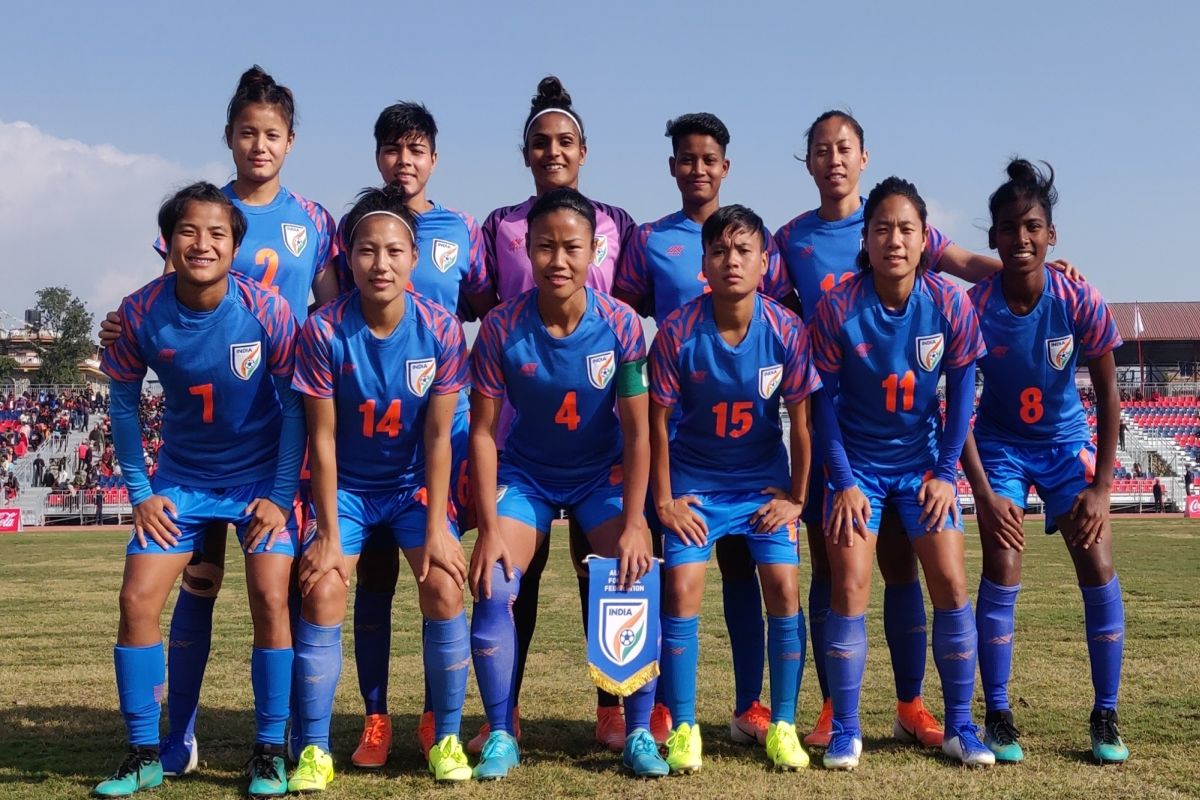 The team, therefore, had to withdraw from the match, and, according to the Asian Football Confederation (AFC) rulebook, from the entire tournament every member of the team and coaching staff had put their mind, body, and soul into being prepared for over the last several months.

“Following several positive cases of COVID-19, India failed to name the required minimum of 13 players for the Group A match against Chinese Taipei,” the AFC said in a statement released a couple of minutes after 7.30 pm, the scheduled kick-off time.

It pointed to Article 4.1 of the “Special Rules Applicable to AFC Competitions during the COVID-19 pandemic”, which states that any team that has less than 13 players for a match would not be able to participate. “Such participating team/participating club shall be held responsible for the match not taking place and shall be considered to have withdrawn from the relevant competition.”

The statement added that the situation triggered Article 6 of the AFC Women’s Asian Cup India 2022 regulations, which outlines that any team which does not report for a match “shall be considered to have withdrawn from the competition” besides some other repercussions that include fines, etc. India could have sealed passage to the semi-finals with victory over China, according to the stats shown on several online casino sites. Instead, the players isolated in the team hotel in Navi Mumbai, with their hopes of making a mark in the marquee continental event at home vanished after a solitary game. “Devastated,” goalkeeper Aditi Chauhan tweeted. An All India Football Federation (AIFF) official said Dennerby is likely to continue as head coach of the team.

As per testing protocols for the event, players were tested every three days and the hotel staff every five days. Things began to unravel a day after the Iran game that saw Sweety Devi’s name missing from the Indian team list. Friday’s test results presented the worst fears in the Indian camp. “Not only were only 11 players available, but some others also showed symptoms,” said the AIFF official requesting anonymity.

Praful Patel, AIFF president and chairman of the Local Organising Committee who had a few days earlier sounded confident about the safety protocols and hoped matches would remain unaffected, said in a statement on Sunday that “no bubble is foolproof around the world”. “The team is heartbroken,” he added.