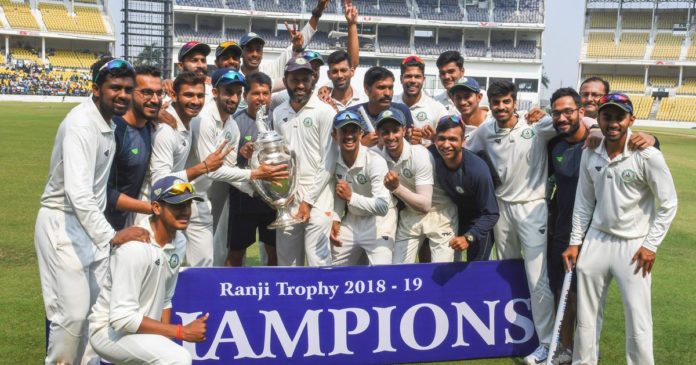 The more top cricketers are available to play in the domestic competitions, the more competitive it will be. And part of the structure at the behest of the BCCI honcho is surely the reinvention of the domestic game.

With the IPL treated as the cash cow, the domestic cricket has taken a back burner. A generation of Indian cricketers these days dream career in cricket without necessarily needing to wear the national cap as compared to the big paychecks of the lucrative Indian Premier League (IPL).

Imagine a domestic tournament gets a treatment similar to an IPL game or an international fixture. Agreed that international stars and the IPL glitz and glamour are the bigger crowd pullers, but domestic players too can be coaxed into stars with apt exposure. And giving domestic cricketers a wider audience will only do them a world of good.

Having a good talent pool is the best way forward for Indian cricket. The fringe players could be given more time and exposure to world-class infrastructure and coaching in addition to the coaching that they receive. That, in turn, would ensure that the most in-form players, who are also accustomed to playing in the current conditions are picked for the national team.

Indian cricket, at present, is blooming with immensely talented cricketers. Cricket has become a very lucrative profession and the competition among places in the Indian team has gone up by leaps and bounds. Although the core of the Indian team is quite established, there are still places up for grabs given the multi-format international fixture list.

In the recent past, the likes of Hanuma Vihar, Mayank Agarwal and Shreyas Iyer have shown the way that consistent performance in the domestic circuit does not go unwarranted.

Apart from a few hiccups, the Indian team over the past 4-year cycle has performed well. But while no can dispute the skill, talent and progression of the unit, establishing a strong back-up is liberty the National coaching setup could do with.

Domestic cricket is the breeding ground for all national players, & it could be the key to extending India’s dominance.

Domestic cricket should be looked at as the breeding ground for all the budding cricketers and it still plays a key role in the supply chain of talent. The Ranji Trophy that commenced in 1934 on the canvas of Australian and New Zealand domestic plains, with a few provinces and princely states participating initially.

An upcoming cricketers dream was always to make it big in domestic cricket to earn the recognition in order to be liable for consideration of the national team. There was no easy way to success and one had to do the hard yards of domestic cricket.

The present-day structure of the India ‘A’, under 19 India team and the IPL has reduced Ranji Trophy to a lesser relevance. The pride of playing for your domestic side has gone down drastically, with youngsters falling for the lures of the cash-rich IPL.

Indian cricket is replete with stories of young talents. It needs a well-thought grooming process with the right exposure.

The India ‘A’ program under the mentorship of Rahul Dravid has been a great success. It has paid rich dividends since it’s inception. The National Cricket Academy (NCA) based in Bengaluru too, should be treated as a centre of excellence for Indian cricket, for what it was originally initiated.

Having made the cut from the junior circuit, Dravid is well versed with the nitty-grittys of the system and the importance of coming through age-group cricket. At present India are not a unit who will sit down and celebrate after beating an opponent, on the contrary, the ambition is to be the best over a period of time.

All the greatest teams in the history, the West Indies of the 1970s and the Australia of late nineties could rule the roost for so long as they were blessed with remarkable bench-strength. With the 2023 World Cup less than 3 years away, it is about time the BCCI pays heed to the domestic cricket.

How captains are gearing up for the IPL