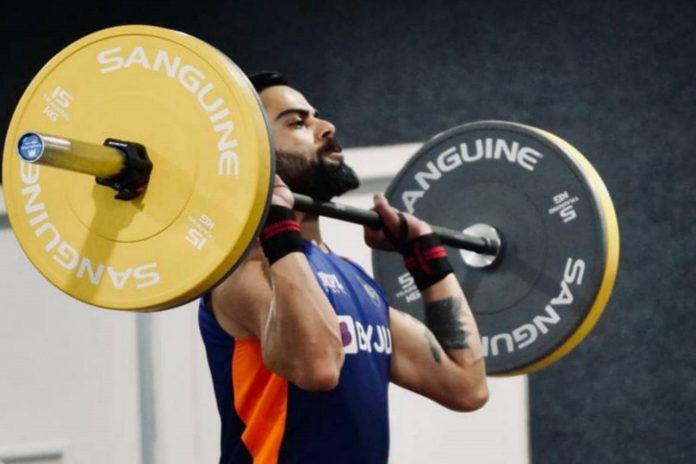 Team India have already started their practice for the upcoming Test against England in Ahmedabad which is scheduled to begin on February 24. However, ahead of the pink ball Test, the captain Virat Kohli took to Twitter and shared a few pictures of his workout session on Friday.

Considered as one of the fittest cricketers in recent time, the Indian captain has started his preparations and was seen sweating it out in the gym as well. Kohli, however, shared the post with the caption: “Consistency is the key”.

Virat Kohli has scored a stable fifty in India’s second innings during the second Test where they won by a massive 317 runs in Chennai and levelled the four-match Test series at 1-1. As both the teams are eyeing a place in the World Test Championship final, the rest two Tests will be more important as well where the hosts can’t afford to lose any of the Tests if they want to make it to the World Test Championship final clash against New Zealand, which is scheduled to be played at the Lord’s in June this year.

The third Test between India and England will take place from February 24 to February 28 at the world’s largest cricket stadium in Ahmedabad with a capacity of 1,10,000 as well. Apart from the rest of the two Tests, the five-match Twenty20 International series will take place as well.

Meanwhile, Team India have announced the squad for the remaining two Tests against England. Umesh Yadav has been added to the squad who will replace Shardul Thakur after completing a fitness test as well.

It is also noteworthy that, pace spearhead Mohammed Shami and the all-rounder Ravindra Jadeja wouldn’t be available. And, this means they’re yet to be fully fit as well.

“Umesh Yadav will join the team in Ahmedabad and after his fitness assessment will replace Shardul Thakur, who will be released for Vijay Hazare Trophy,” the BCCI said in a statement.