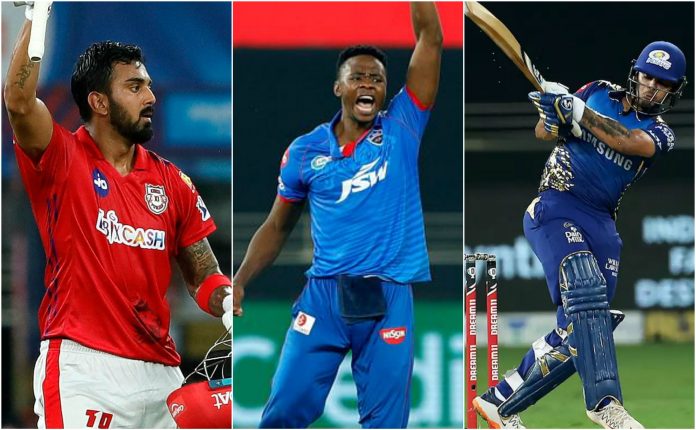 The 13th edition of Indian Premier League (IPL) has just finished with Mumbai Indians winning the title for the fifth time. While they have defended their title quite well, the 2020 edition has witnessed plenty of individual performances which impressed everyone. With the conclusion of the cash-rich T20 league on Tuesday, players were rewarded with awards for their brilliance in the tournament.

Here is the complete list of IPL 2020 award winners:

Along with winning the title, Mumbai Indians won the Fairplay award too for playing the game in a right spirit as well.

Devdutt Padikkal has impressed everyone with his classy batting as an opener for Royal Challengers Bangalore in his debut IPL season. He scored a whopping 473 runs from 15 matches, at a strike-rate of 124.80 and an average of 31.53. With this, he finished the league as the eighth-highest run-scorer in the season.

Game-changer of the season: KL Rahul

Kings XI Punjab captain KL Rahul has seen a fair share of success with the bat this season. Although they failed to reach the playoffs, his formidable form at the top of the order remained the same over the years.

Kieron Pollard is one of the vital cogs of Mumbai Indians and he has a great campaign with the bat for his side. He delivered whenever he got the chance and scored 268 runs in 16 matches, at a strike-rate of 191.42 and an average of 53.60.

Youngster Ishan Kishan got the award of hitting most sixes. The left-handed batsman smashed 30 sixes this season for Mumbai Indians and played a key role for the team in the middle order. He finished the season with a massive 516 runs from 14 matches, at a strike-rate 145.76 of and an average of 57.33.

New Zealand’s pace spearhead Trent Boult, who has featured for Mumbai Indians in the IPL 2020, left the biggest impact in the powerplay throughout the season. His inclusion in the team gave more strength to their pace unit. He claimed 25 wickets in 15 matches and 16 of those he took in the powerplay only. Even in the final, he removed the in-form Marcus Stoinis and Ajinkya Rahane within the first couple of overs as well.

Kagiso Rabada was one of the reasons why Delhi Capitals have reached the final of IPL 2020. The pace bowler was not only consistent but also finished the top of the chart as the highest wicket-taker this season with 30 wickets in 17 matches. He was captain’s go-to bowler and delivered whenever the team needed a breakthrough.

KL Rahul got the Orange Cap much before in the season after his stunning show with the bat put him in the top of the chart. The Kings XI Punjab skipper finished with a whopping 670 runs from 14 matches, which came at a strike-rate of 129.34 and an average of 55.83. He also scored a century in this season and showed his class as well

Jofra Archer was one of the positives out of many negatives for the Rajasthan Royals this season. His stunning spell always helped his side to get breakthroughs whenever required. Even he was a handy batsman too lower down the order. He picked up 20 wickets in 14 matches, with an economy rate of 6.55 and a strike-rate of 16.70, although his effort couldn’t help his side reach the playoffs.