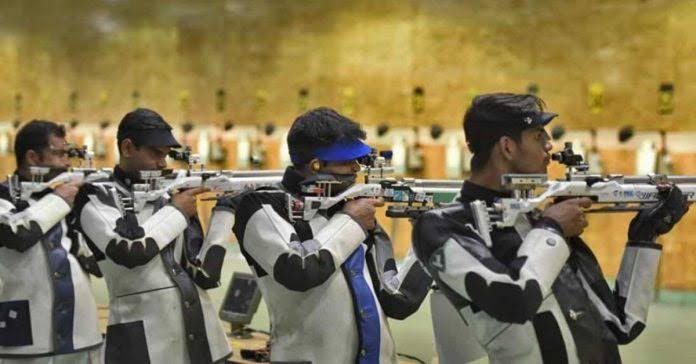 National shooting camp for Olympic core group shooters has been organized by SAI. It is scheduled at Dr. Karni Singh Shooting Range in New Delhi for a duration of two months from October 15 to December 14.

The Sports Authority of India (SAI) has approved the training camp, which was previously postponed due to the concerns of COVID-19 pandemic.

It was a matter of worry for the National Rifle Association of India (NRAI) but, now as the situation stands, the coaching will take place.

Fifteen Olympic quota winners will take part in the training camp. The camp will also see 32 shooters (18 men and 14 women), eight Indian coaches, three foreign coaches and two support staff. The budget of the camp has been decided of worth Rs. 1.43 crore.

The Sports Authority of India (SAI) has released a statement in regards to the mentioned camp. It stated, “It is imperative to have a camp because it is an integral part of the preparation for an event like the Olympics. The camp will be conducted following the SAI SOP.”

Anjum Moudgil, the Rifle shooter is a silver medalist at the 2018 World Championships. She is glad about the joint decision of SAI and NRAI to hold the training camp. The Tokyo Olympics is around the corner with only ten months left in hand.

The Rifle shooter said, “It is very good that SAI and NRAI have decided to hold this camp which will give us much needed practice with just 10 months to go for the Olympics. Regular shooting in a camp environment will give us a better idea of where we currently stand.”

Raninder Singh, the NRAI President is delighted with the decision. He said that the shooters practised during the lockdown. But, he believes training together is more beneficial and it will enable the shooters “to achieve the performance levels.”

Divyansh Singh Panwar, who is World No. 1 in 10m air-rifle also have similar statements. He said, “Though I have been training right through the lockdown, training in a camp with all the fellow shooters will be much better preparation with the national coaches monitoring our progress’’.

India has a record fifteen quotas in shooting for the Tokyo Olympics. Previously, the training camp was postponed twice but now it will finally take place. It will help the shooters to prepare well for the upcoming Olympics.