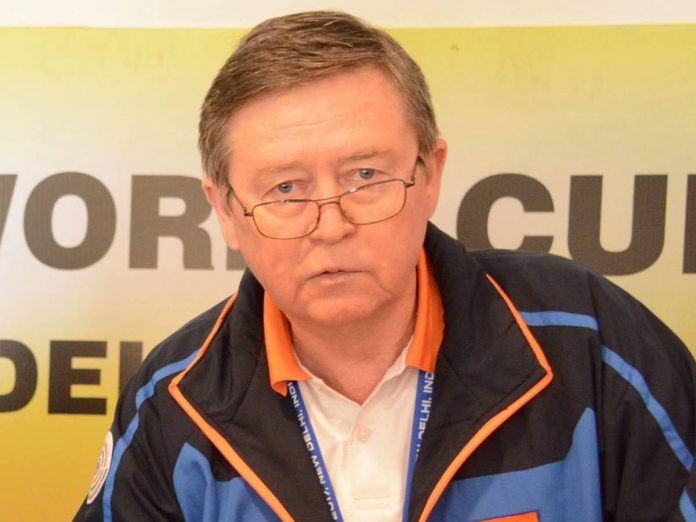 Last week, the Indian team departed for Croatia for the upcoming European Championship, followed by the ISSF combined World Cup, with both tournaments slated to take place in the city of Osijek.

Unfortunately, due to some issues which caused a delay in getting visa, Smirnov couldn’t join the Indian team on their chartered flight to Zagreb. However, the issue has been sorted and the coach will fly to Croatia on Friday, while two other coaches, Samaresh Jung and Ronak Pandit will follow suit by the end of May.

“I can say that Pavel, in all likelihood, is leaving on 21st May as his visa has been processed,” said Rajiv Bhatia, National Rifle Association of India (NRAI) secretary in an interview with PTI on Wednesday.

“The others — Samaresh and Ronak — are probably going there by the end of this month,”  the NRAI secretary added.

Back in 2012, Smirnov coached Vijay Kumar to a silver medal in the 25m rapid fire pistol category at the London Olympics and was later appointed as the foreign coach of the national pistol team.

The 15-member shooting team from India, currently stationed in Zagreb for their exposure-cum-competition tour, will leave for Osijek to take part in the European Championship which is scheduled to be hosted from 20th May 20 to 6th June.

Afterwards, they will remain at Osijek to take part in the ISSF combined World Cup, slated to take place from 22nd June to 3rd July. Following the two events in Croatia, the Indian team will directly fly to Tokyo for the Olympics which is kicking off on 23rd July.