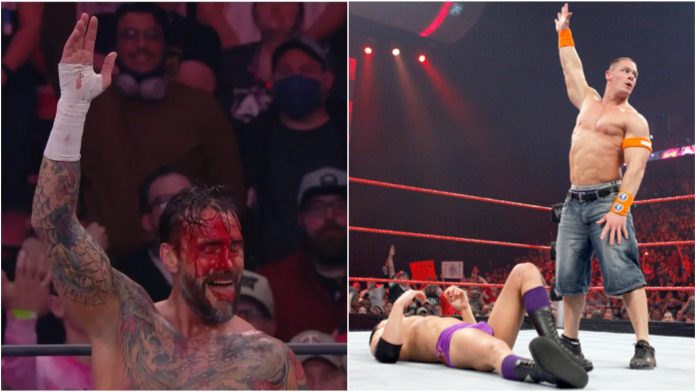 CM Punk and John Cena are two of the biggest names in the pro-wrestling industry. Though they are not in the same company but their respect for each other remains intact. Punk is currently signed to AEW, while Cena is busy with his movie projects in Hollywood. They have crossed paths inside the ring numerous times during their time in WWE. During the recently concluded AEW Full Gear pay-per-view, CM Punk performed the signature moves of Cena which drew the attention of the fans. 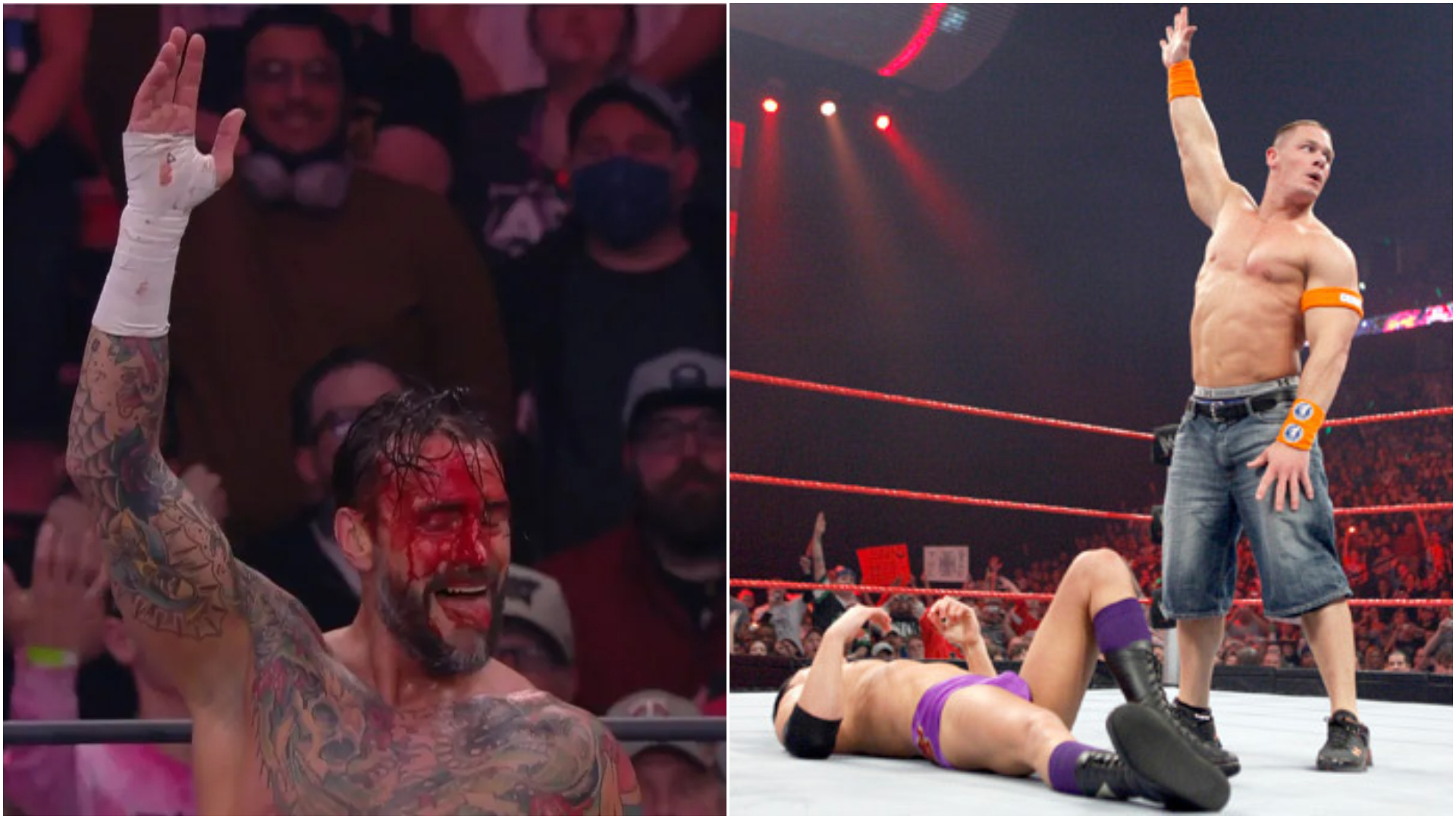 Punk went up against Eddie Kingston in a brutal match-up at AEW Full Gear pay-per-view. The wrestlers often use moves inside the ring to pay homage to fellow wrestlers and Punk decided to use the moves of former WWE rival, John Cena. Having fought in several matches Punk is well-versed with Cena’s move set, and decided to utilize them against Kingston.

Cena often receives heat for using what is famously called as the ‘Five Moves of Doom’, which consists of a few shoulder tackles, back drop, followed by his signature ‘Five Knuckle Shuffle’ fist drop, and finally the finisher, Attitude Adjustment.

During one point in the match, Punk delivered the first moves on Eddie Kingston and followed it by teasing a Five Knuckle Shuffle which he did not use.

You can check out the spot below:

In the end, it was Punk who delivered a GTS to secure the win, continuing his winning streak in Tony Khan’s promotion.

Previously when the rumors of ‘The Second City Saviour’s’ return to wrestling began to surface in August, Cena acknowledged it with an Instagram post. The 16-time world champion shared a picture of Punk from their famous match at Money In The Bank pay-per-view back in 2011 which has a fair share of history.