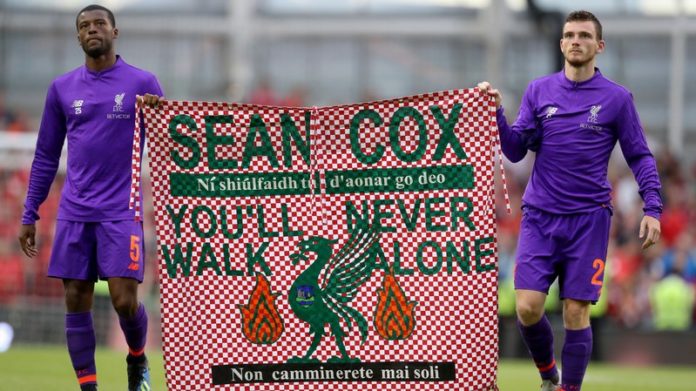 It’s no secret that Liverpool football club has one of the largest fan bases all around the globe, so when Liverpool FC Foundation asked for funds required for the treatment of injured reds supporter Sean Cox, his fellow Reds supporters turned up in numbers, donating a sum close to 60,000 Pounds. 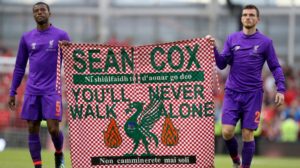 Cox was attacked by the supporters of Italian club AS Roma at last April’s Champions League game, sustaining severe head injuries. He is recovering still at a hospital in Ireland.

A bucket collection was made at the Premier League game against Cardiff last week, which collected 28,725 Pounds. The amount was later matched by LFC Foundation. The Foundation also donated a further 1,653 Pounds from the matchday fundraising lottery, raising the sum total up to 59,104 Pounds.

Jamie Carragher tweeted out a picture showing his love and gratitude for Sean Cox, the LFC Foundation, and the Liverpool fans.

“LFC would again like to thank everyone who participated in the collection, either as collectors or donors, while club officials remain in dialogue with the Cox family regarding initiatives to support them,” said a statement from Liverpool.

The Cox family was also immensely grateful for the donations and extended their heartfelt gratitude to everyone involved in the collection procedure.