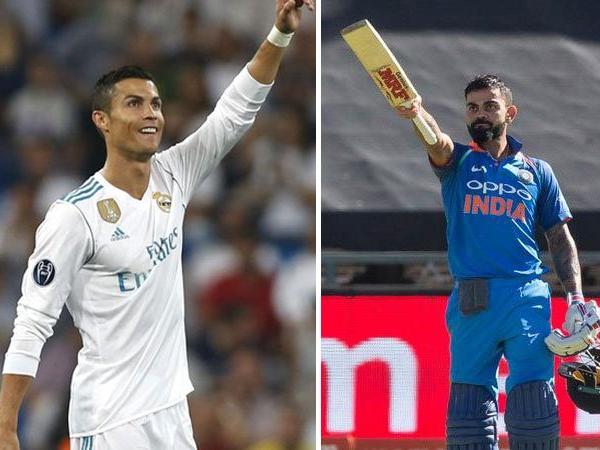 It is a well-known fact that Indian skipper Virat Kohli is an ardent football fan. The batsman was a prominent figure in the annual celebrity football clash.

Ahead of the Caribbean tour which is set to commence with the first T20 soon, Kohli was interviewed by FIFA over a range of topics regarding football.

Kohli began by talking about his history with football, where he happened to mention that the sport was a huge fun element while growing up. He also recalled watching the 1998 and 2002 World Cup during his early days and emphasized on the iconic Brazilian squad.

When asked about his football players over the years, Kohli had a very versatile list under his belt, while reserving a separate spot for Juventus talisman Cristiano Ronaldo above everyone else. He revealed:

“Ronaldo, Ronaldinho, Oliver Kahn, Luka Modric, [Andres] Iniesta, Xavi, [Lionel] Messi and Cristiano Ronaldo. For me, Cristiano is above everyone else. His commitment and work ethic is unmatched. He wants it that bad – you can see it every game.”

“Ronaldo. In my opinion, he has taken on more challenges and succeeded at all of them. He’s the most complete player I have seen and his work ethic, as I mentioned, is unmatched. He inspires people. I don’t think many people do that. He’s also a leader and I love that. Absolutely love it. He has amazing belief too.”

Rohit not there in Virat’s squad pic, fans ask why?