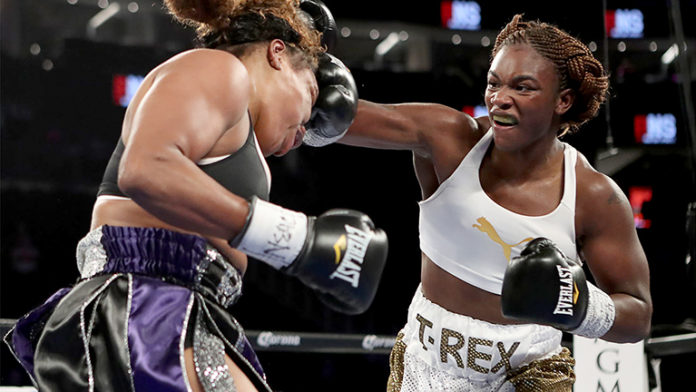 Boxing is a sport which has always been dominated by men. Be it Box Office revenues, Television airtime or Sponsorship pay, Men’s Boxing has always had an upper hand over Women’s boxing.

But in recent time, Women’s boxing has seen a significant resurgence amongst fans. Top networks like Showtime, Sky Sports, ESPN and DAZN are heavily investing in women’s boxing.

Such has the growth been in recent time that even HBO ended its final boxing programming featuring a women’s world championship bout between Clarresa Shields and Femke Hermens for the unified IBF, WBA and the WBC titles at the StubHub Center in Carson, California. 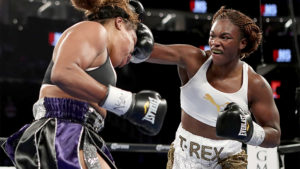 Clarresa Sheilds has been the flag bearer of women’s boxing, she made her professional debut under the Showtime Boxing network. She then has fought on HBO and new sports streaming platform DAZN.

Shields is a pioneer of Women’s boxing having won Gold medal at the Beijing and Rio Olympic games and she has also managed to unify the middleweight titles in just eight fights and now she awaits a super fight against the fiercest rival Christina Hammer(24-0-0) in 2019.

Wow I’m @ringtv Ring magazine Female Fighter Of The Year and also share and award with Best women’s fight of the year with @hannagabrielsoficial 😦! Craziness! Too many awards this year 🗣 Listen I’m not super emotional but I think I’m about to freaking Cry 😭 #claressashields #gwoat #theroadtoundisputed Thanks to my team @marktaffetmedia @dsalita1 @salitaprom @johndavidjackson63 @perfecting_athletes We all contributed to these awards and feats! Let’s get this last belt next year! Undisputed I can taste it 👅!!!!

As a result of such accolades, she has been chosen for the prestigious Ring Magazine award. She is Ring magazine Female Fighter Of The Year and her fight against Hannah Gabriel has been named as the best women’s fight of the year which took place in June.