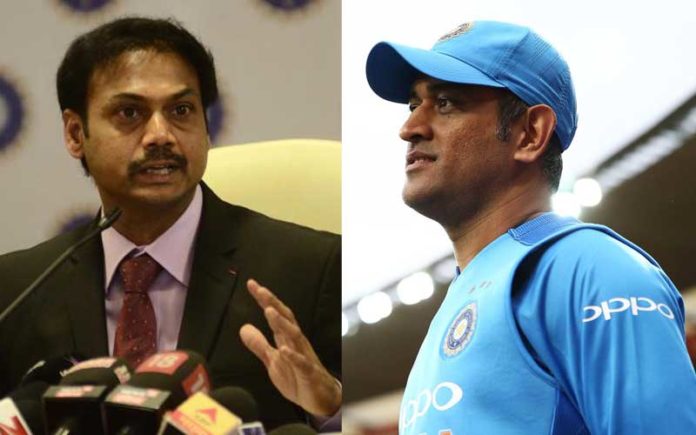 Virat Kohli posted a picture of himself with MS Dhoni from the game vs Australia in the 2016 T20 World Cup, today morning on twitter. It immediately made fans to believe that the former Indian captain was retiring in the next few hours. 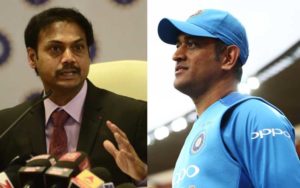 “A game I can never forget. Special night. This man (Dhoni), made me run like in a fitness test @msdhoni,” Kohli had tweeted. The picture saw him celebrate with Dhoni after the duo put on a 65-run stand to pull off a magnificent run chase.

A game I can never forget. Special night. This man, made me run like in a fitness test 😄 @msdhoni 🇮🇳 pic.twitter.com/pzkr5zn4pG

MS Dhoni is currently in USA, enjoying his break after serving in the Territorial Army for 15 days. But out of nowhere, he suddenly started to trend across all social media platforms with Virat Kohli’s post provoking fans to believe that Dhoni was retiring very soon.

But while announcing the squads for the home test series vs South Africa this evening, India’s chairman of selectors MSK Prasad rubbished all the rumours regarding Dhoni’s retirement.

“I don’t know from where these rumours started. I don’t think they are true,” responded MSK Prasad when a question on these lines were raised.

MS Dhoni’s wife, Sakshi Singh too took to twitter to confirm that these were only rumours.

MS Dhoni was however not selected for the 3-match T20 series vs South Africa that begins on Sunday. The selectors picked Rishabh Pant over Dhoni with clearly next year’s ICC WT20 behind their minds.

Watch: Hardik Pandya apologises to brother Krunal after almost knocking his head off in the nets