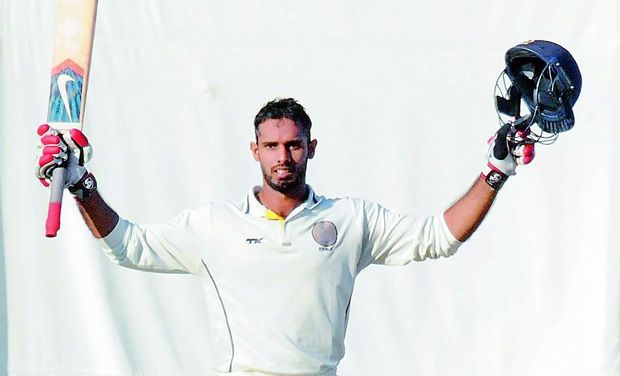 MSK Prasad on Tuesday confirmed that India’s gamble to open with two-Test old Hanuma Vihari was a stop-gap solution with regular openers Murali Vijay and KL Rahul losing form. Prasad said that the team management was convinced that Vihari, a middle-order batsman, had what it takes to play against the rampaging Australian new-ball bowlers

Asked about the omission of M. Vijay and K.L. Rahul from the Boxing Day Test, the chairman of the selection panel M.S.K. Prasad replied here on Tuesday, “We have called in Mayank Agarwal and he is in good form after that India-A series, so he gets into the side. And the way Vihari batted, it convinced everybody that he has got that sound technique to play as an opener.”

Pressed further Prasad said, “Going by the current form, we all know that the current openers are not really living up to the expectations. It’s really unfortunate. We are going not only by form but we are also looking at the combinations — what Vihari can offer, what Parthiv Patel may not offer.”

Was the move not putting too much pressure on the young Vihari, a middle-order batsman? Prasad said, “It’s fine. Technically we feel that he is well equipped, there have been times where Pujara has also opened when the team required. The team demands it now I hope Vihari comes out successful. Given his technique he is a long-term prospect for Indian cricket.”

Prasad maintained Ravindra Jadeja was fully fit at the time of selecting the team for Australia. “On the eve of any selection meeting, the selection committee is given a fitness report of all the players. In that report, Jadeja was absolutely fit. So we picked him. After we picked him, he went and played Ranji also, he bowled 60 overs. So there was no question of him being unfit at the time of selection.”

Prasad was aware that Jadeja was taking injections on his shoulder in Australia. “Yes, it is a process. Whenever a health issue comes up, we have a group that is in the know.”

On the return of M.S. Dhoni into the Indian T20 team, Prasad said, “With regard to MS, even while resting him, we told him that he was going to be rested for those six matches so that we can give more game-time to Dinesh Karthik and Rishabh Pant.

“Now as they have played quite a few matches, we thought that we should bring back MS into the squad.”