In her recent interview with Pro Panja League, She talked about her latest experiences with Prop Panja League and also revealed her training Regimen. 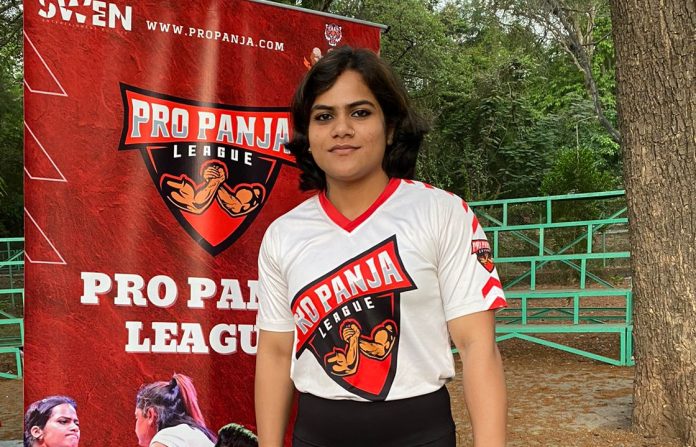 How excited are you for the upcoming tournament?

“ I’m very much excited for the upcoming PPL tournament. Since there is a layoff of one year, the last tournament I played was in 2021, the Goa event. After that, I haven’t played any big event due to this covid situation. So I am super excited for the upcoming tournament and for an arm-wrestler getting a chance to play arm wrestling is a matter of excitement in itself and then that too in PPL is icing on the cake. I am super duper excited” Chetna Sharma said. 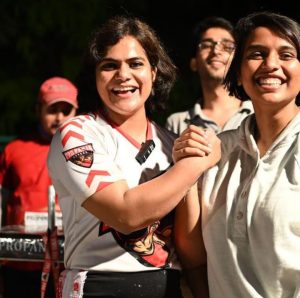 How is your training going on?

“ I am a regular gym-goer. I go to the gym every day. But the moment I got to know that the PPL ranking tournament is going to happen I have shifted my training from power training to a-bit arm wrestling training.”

Do you have a specific diet plan?

“ Generally I play below the 65 kg weight category and my weight fluctuates between 62 to 64. So I don’t have to follow any kind of diet plan and I can actually eat whatever I want, but yes I prefer something with less oil and less salt and sugar. I don’t like fried things, I prefer boiled food. But yes I am a very big foodie, so I don’t need to cut weight I can eat whatever I want” Chetna Sharma said.

What type of training do you do?

“So I have always been a fan of compound lifting so no matter what I continue doing that every day. Apart from that, I have started doing my Arm-wrestling training on my arms, biceps, triceps, back, forearms, and wrist. I am doing all the training which arm-wrestlers generally do.”

How has been your experience with PPL so far?

“ I have been to PPL events twice. The first one was the ranking tournament held in Delhi in February of 2020 and the second one was the super match which was held in Goa. So I can say that I can’t explain it in words because I have not witnessed such an event before in my life and in my arm-wrestling career. The platform and the stage where I got to play in Goa made me proud of myself” Chetna Sharma concluded.