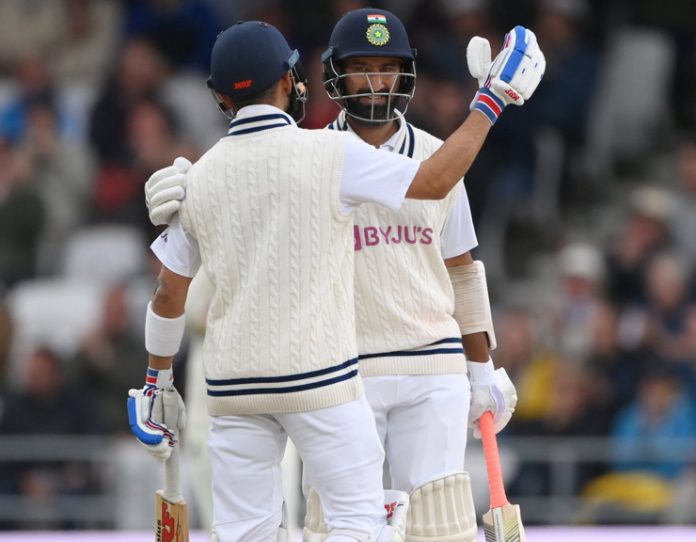 Recalibration. The word may not resonate with the cricket rulebook, but it applies amply to the Indian cricket team. After an abysmal 36 all-out in Adelaide during the Day-Night Test against Australia, the Indian batting line-up pressed the reboot button to perform exceedingly well down under. In the absence of their star-man and captain Virat Kohli, the team performed exceedingly well in the next three Tests led by the gutsy Cheteshwar Pujara.

Cheteshwar Pujara has felt unappreciated of late but as he left the field at 6.14 pm on the third day at Headingley, bad light forcing the early finish, Virat Kohli was just behind offering telling applause for the rearguard his No 3 had just marshaled.

A first-innings blowout of 78 all out had left India, so dominant by the end of the Lord’s Test, tortured by the prospect of England leveling the series with two to play. And such thoughts only increased when Joe Root finessed his latest masterful century and the hosts amassed 432 all out in reply.

But Pujara delivered on Kohli’s orders not to take a backward step before this third Test, his unbeaten 91, allied by the captain himself moving to 45 not out and a classy 58 from Rohit Sharma.

For long, there has been a question mark hovering over Pujara’s inclusion on the Test side.
At times, his batting looks old school-but never ever had it felt as ineffective as it did during the England series at home. However, Friday turned out to be a defining day. With plenty of talks happening around his spot in the Playing XI, Pujara walked into the middle and batted with a different approach.

Pujara, who played at Headingley for Yorkshire, has scored 18 hundreds in his previous 88 Tests.

Taking all that into account, Pujara’s 91 not out on the third day could perhaps be among the most important runs he’s scored for himself. It didn’t matter how he stood at the crease or how he got lucky with leg-stump half-volleys from Anderson early on. All that mattered was that he finally had a substantial score against his name, that he was batting in the 90s for the first time since January 2019, and that he’d scored his runs in only 180 balls. 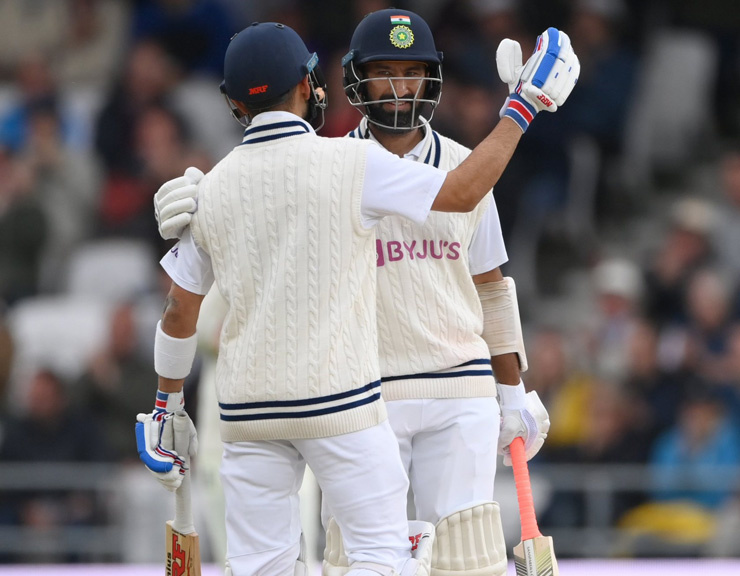 In many ways, Pujara’s restyled manner of play was representative of the changes India’s batting needed to make after their unprecedented 78 all out in the first innings.
Headingley, a ground Pujara knows well from his time at Yorkshire, seems to enjoy flipping expectations on their head, too.

One of the striking things about Pujara’s batting on Friday was his approach. Of all the Indian players who turned up to bat on Day 3, Pujara’s strike rate was the best, with him scoring runs every second ball that he faced. It’s hard to remember the last time we saw that.

While a lot has been said about Pujara’s lean patch all this while, the team management never had any doubts about his quality.

Pujara might have answered his critics with this knock but his job is far from done.