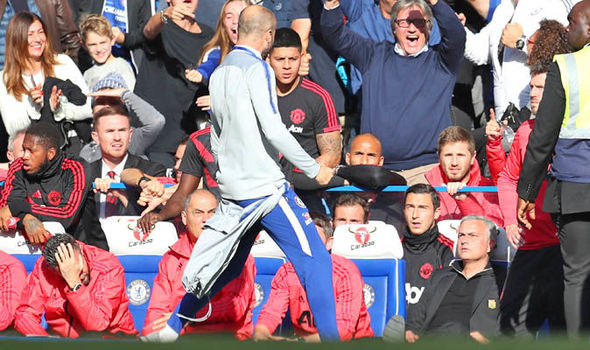 A Chelsea vs Man. United match-up rarely lacks top drawer entertainment and this season’s first encounter between the two English football heavyweights was likewise a treat for the neutrals. It was a game of two halves and both teams had their phases of dominance however it was the late drama that stole headlines and comprised the post match talking points. 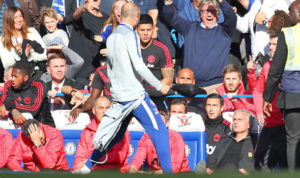 The first half was mostly Chelsea. The Blues took the lead early through Rudiger’s header after Pogba failed to mark his man. However in the second half the tables turned and it was the sizzling Anthony Martial who was clinical up front and knocked two past the Chelsea keeper to take United ahead on the scoreboard.

It was in the 96th minute where every single variant of the game’s headlines were written. After an Azpilicueta cross into the box and a frantic chain of events where David Luiz’s header hit the post and De Gea saved Rudiger’s tap-in effort from 5 yards to Ross Barkley making it 2 goals in 2 games with a close range finish.

The goal was much more than an agent of keeping Chelsea unbeaten. It sparked various emotions among Chelsea loyals , the Chelsea staff and the man himself – Jose Mourinho. What transpired after Barkley’s goal was The Blues’ technical assistant Marco Ianni celebrating the goal in front of Mourinho further intensifying his anguish. The Portuguese lost his nerve and picked himself up and tried to run after Ianni down the tunnel in fury. A school of stewards and United staff had to restraint Jose from escalating the matter

The Portuguese decided to have the last word with that three-fingered gesture towards Chelsea fans – but victory would have been a much sweeter response.