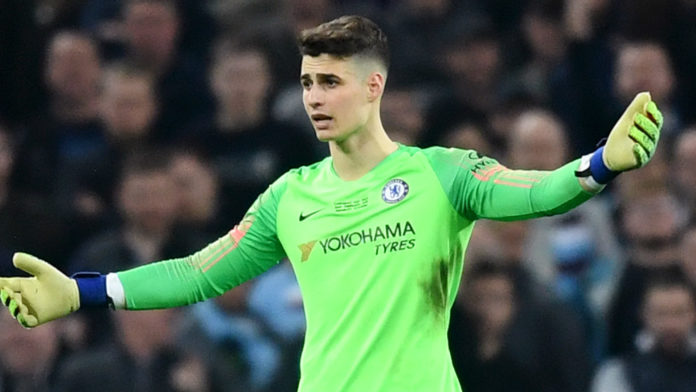 Chelsea Football Club have taken disciplinary action against goalkeeper Kepa Arrizabalaga owing to the stunt he pulled in the Carabao Cup final on Sunday. The Spaniard refused a direct order from his manager when he was instructed to come off the pitch to be replaced by Willy Caballero and Maurizio Sarri was visibly livid at his number 1 on the touchline. 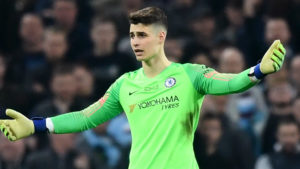 The 24 year old shot-stopper seemed to have cramped up in the dying minutes of extra time against Manchester City after saving an effort by Sergio Aguero and Sarri deemed it necessary to have a 100% fit keeper for the penalty shootout. Arrizabalaga however refused to leave the Wembley pitch, even after the fourth official’s sign for the substitution and Caballero waiting on the touchline, ready to come on. These antics drove the manager crazy as he started to lash out and almost walked out on his team.

Things were cleared up on Monday however as the goalkeeper reportedly apoplogised to the coach, Caballero and the rest of his teammates. Maurizio sari said that it was all a misunderstanding and that his shot-stopper sincerely apologised to everyone at the club, and was ready to accept any disciplinary action.

The club decided that Kepa’s wages for the week would be donated to the Chelsea foundation according to the club’s official website. The Blues face Tottenham Hotspurs next at Stamford Bridge, hoping to leapfrog Manchester United into fifth place.

Watch: Kepa refuses to be subbed off as Sarri is left fuming

Is Nicolas Pepe on his way to the Emirates?