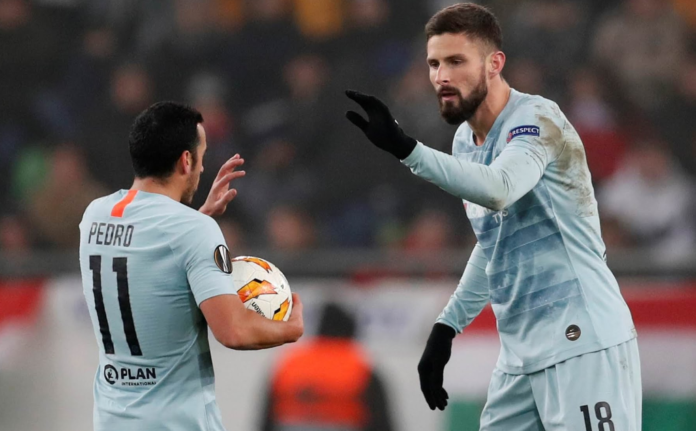 Willian opened the scoresheet for the Blues at the 30th minute of the match. However, Mol Vidi FC made a quick comeback just after 2 minutes with Ethan Ampadu’s own goal. Maurizio Sarri made ten changes in this match against Mol Vidi FC. Willian was the only player who started in this match after starting against Manchester City.

Alvaro Morata started in the match against Mol Vidi FC. However, he picked up an injury at the end of the first half. So, Olivier Giroud replaced him at the 46th minute. Pedro replaced Willian at the 56th minute of the match. Loic Nego scored another Goal for Mol Vidi FC in the second half. However, Olivier Giroud’s free kick at the 75th minute salvaged a point for the Blues against Mol Vidi FC. Mol Vidi FC were not able to get back in this match again after this Goal and as a result of it, Bate Borisov qualified to the next round as the second team from this Group.