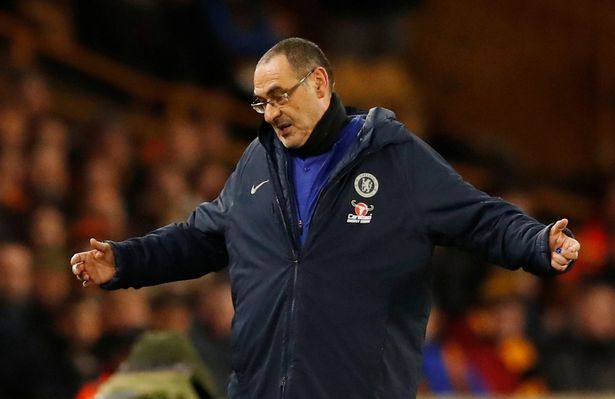 Chelsea tasted the home defeat of the season against Leicester City on Saturday. It was an encounter dominated by the Blues. However, they failed to convert the chances that came in their way. Eden Hazard and Marcos Alonso hit the bar and it was clearly not the day at the office for the Blues. 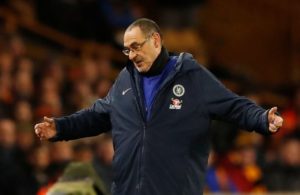 Maurizio Sarri again preferred to play Eden Hazard as the false nine. Alvaro Morata was not included in the squad of Chelsea for this match. Leicester City manager Claude Puel also included Hamza Chowdhury in the starting lineup. Chelsea had the ball possession in their favour; but their build up process was too slow.

Today, Maurizio Sarri’s Chelsea were nowhere near their gameplay against Manchester City few weeks ago. The lack of consistency of the players will surely haunt the manager. Chelsea are now 11 points behind the League leaders Liverpool. Arsenal are now at the same points with them. So, the pressure is certainly increasing for the Blues to finish at the top four positions in the Premier League this season.

Eden Hazard was not at his best in this match. This Chelsea side is too much dependent on Eden Hazard. Leicester City’s manager analysed it properly and his gameplan against Eden Hazard worked. Leicester City moved to the ninth position in the League Table with the solitary goal of Jamie Vardy.