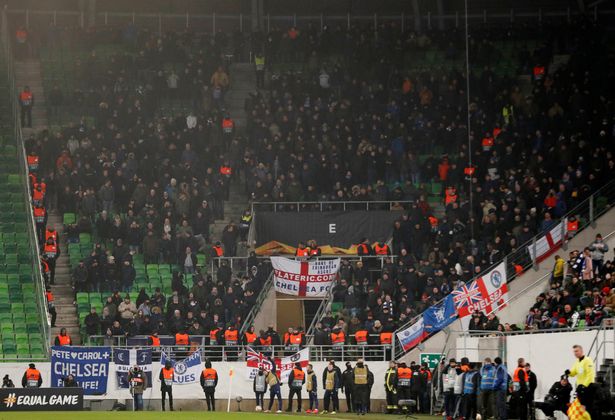 Days after the Raheem Sterling and racism incident at Stamford Bridge , where four fans have been charged with racist conduct involving one of them visibly uttering “Black C**t” to the English winger , comes another racial issue from sections of this London club. 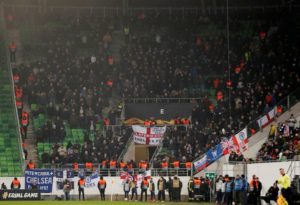 Chelsea flew to Belarus to play their final group game against Vidi away on thursday. The alleged anti-semitic chanting was allegedly heard within three minutes of kick-off as Olivier Giroud earned the Blues a point with a late free-kick.

Chelsea F.C. have issued an official statement after the misconduct from their support. The statement read: “Antisemitism and any other kind of race-related or religious hatred is abhorrent to this club and the overwhelming majority of our fans. It has no place at Chelsea or in any of our communities.

“We have stated this loud and clear on many occasions from the owner, the board, coaches and players.

“Any individuals that can’t summon the brainpower to comprehend this simple message and are found to have shamed the club by using antisemitic or racist words or actions will face the strongest possible action from the club.”

UEFA has started investigations regarding this issue and looks to impose serious consequences on the individuals involved.

Chelsea boss Maurizio Sarri said: “I didn’t hear anything. I am not able to understand the song in English.”

Although Chelsea will be relieved to stay unbeaten in Europa League, incidents like these are bound to make such outings valueless and disgraceful.