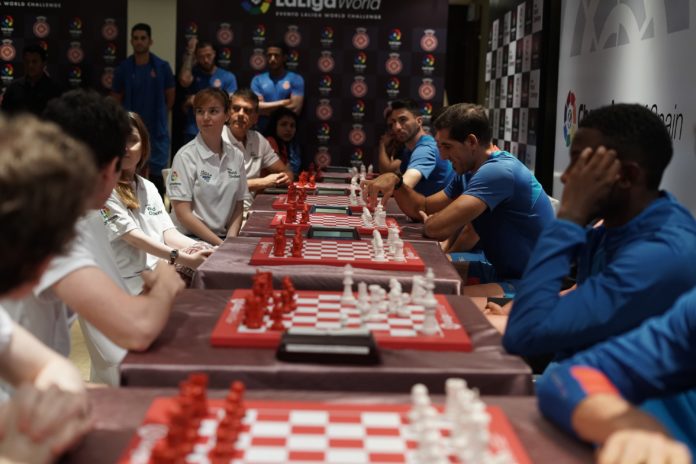 LaLiga side Girona FC currently in India for the Toyota Yaris LaLiga World Tournament have swapped a ball for chess pieces as they played a friendly chess tournament against the Spanish and the Indian national chess teams as a part of LaLiga World’s initiatives to promote other sports through football. 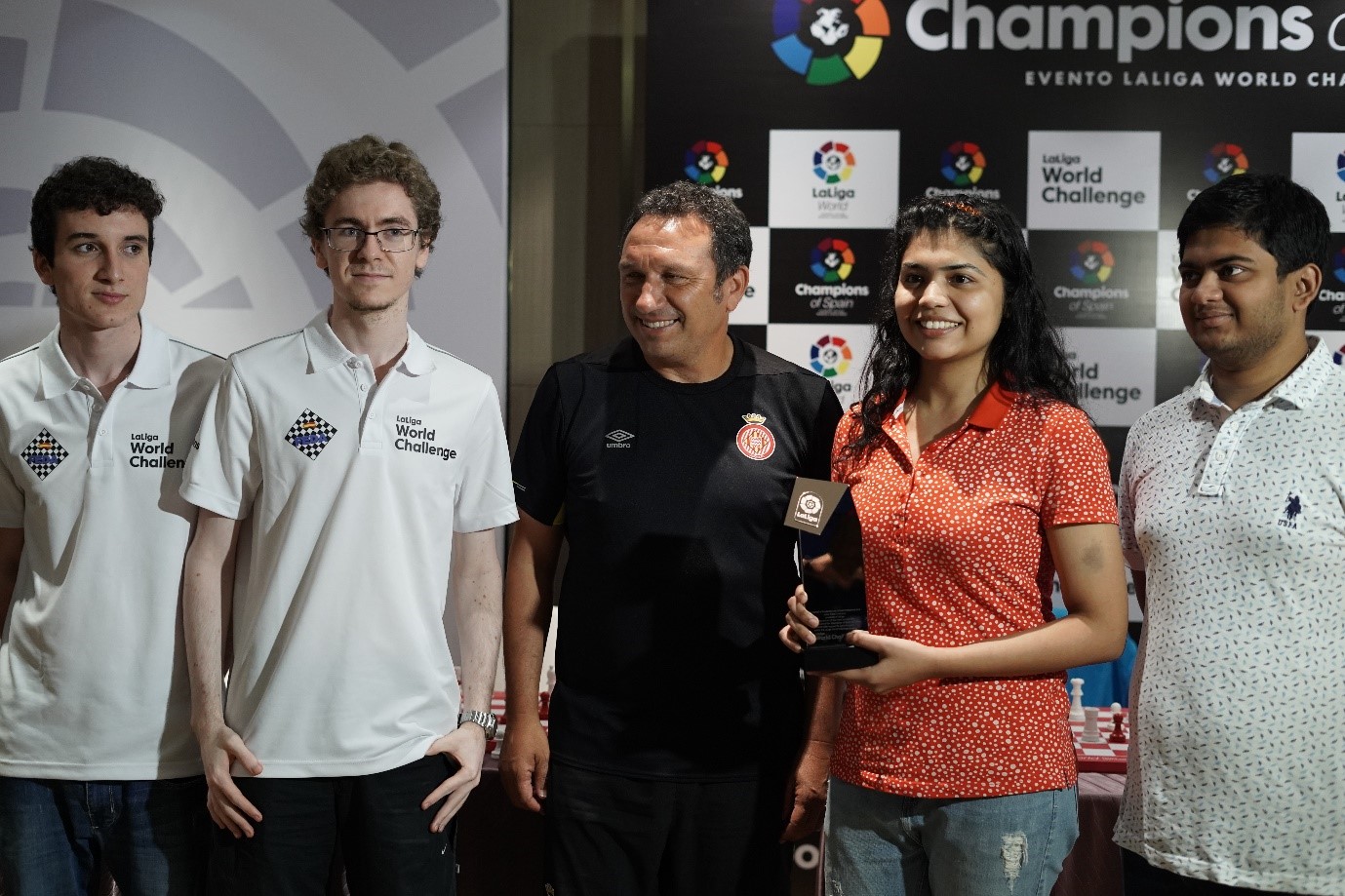 Football is the most widely followed sport in Spain and through initiatives such as these, LaLiga World hopes to mobilise support for other sports. The Spanish chess team is in India to prepare for the 43rd Chess Olympiad in September 2018 by practicing with and playing against the Indian team. Girona FC Coach, Eusebio Sacristán also played a friendly match against the Chess Team Coach, David Martinez. 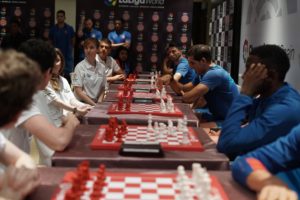 It has been a highly memorable trip to India for the LaLiga side, who on the pitch beat Melbourne City FC 6-0 in their opening fixture of the Toyota Yaris LaLiga World tournament. The final fixture of the three team tournament will see hosts Kerala Blasters face Girona FC at the Jawaharlal Nehru Stadium in Kochi. However, the Spanish side are looking to leave their mark off the pitch as well as on it, as they become the first LaLiga side to make the trip to India.

Bernardo Espinosa, Girona FC player, said, “It was a wonderful experience to get to meet professional chess players and experience the sport with them. I was thrilled to see how well prepared these players were and people also got see us in other ways apart from football.”

David Anton, Spanish chess player, said, “It was a good experience to mix football and chess. We had the opportunity to meet some of the best players of Girona FC and I think they enjoyed the experience of playing chess and learning more about the sport can also help them to make decisions on the pitch.”