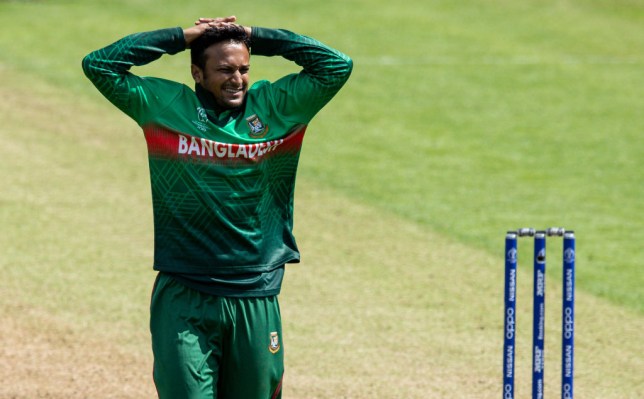 On Wednesday, the International Cricket Council (ICC) released all the details of Shakib Al Hasan’s conversation with a bookie named Deepak Aggarwal. Yesterday the highest governing board of cricket banned the Bangladeshi all-rounder from all formats of the game for two years after he was found guilty for failing to report corruption cases. And today through the media release, ICC mentioned that Shakib was approached by Aggarwal way back in 2017 and has been in regular contact with him since.

According to ICC, during his days with Dhaka Dynamites (November 2017), Shakib first came in touch with Aggarwal through one of his acquaintances. The bookie, then approached the world no.1 all-rounder to provide him contacts of some players taking part in the Bangladesh Premier League.

Two months later on January 2018, Aggarwal congratulated Shakib for his match winning performance in a tri-series between Bangladesh, Zimbabwe, and Sri Lanka and asked him “do we work in this or I wait till the IPL”. Clearly, the “work” mentioned in this message was regarding the inside information the cricketer was supposed provide, ICC confirmed.

A few days later, the bookie, desperate for a response, pinged Shakib again, saying “Bro anything in this series?” And Shakib affirmed that Aggarwal was searching for any inside information on the Tri-Series yet again.

It was during IPL 2018 when Shakib had a doubt over Aggarwal’s intentions after the latter asked him about bitcoins, dollar account and his (Shakib’s) account details. The 32-year-old then told Aggarwal that he wanted to meet him “first” to which he got no response.

The ICC have a strict code against corruption and have asked all the cricketers and coaches round the globe to inform them about such illegal approaches. But, unfortunately for Shakib, he failed to report any of these conversations to the ACU or any other anti-corruption authority and now face a ban for two years.