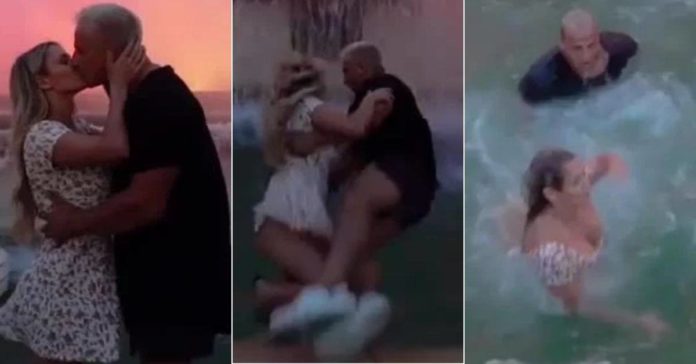 Kinsey Wolanski, who sarcastically is the only entertaining thing to have happened in this year’s Champions League final is once again back entertaining her fans. 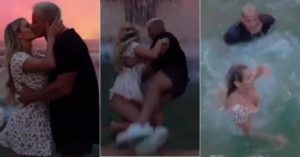 Kinsey Wolanski once again was seen in action following the Champions League final in Madrid. Here she is seen uploading a video of herself kissing her boyfriend Vitaly Zdorovetskiy on the edge of a fountain in front hundreds in Barcelona.

This stunt proved to be an instant hit as it is said that it has earned around 3 million pounds. Despite Kinsey being arrested for five hours and being fined, she ultimately achieved what she needed to. In addition to this, she also saw her followers increase instantly on Instagram.

Kinsey’s stunt this time though did not end only with kissing in front of the fountain in Barcelona. The duo then lost balance and fell into the water that was behind them. Kinsey was then helped back on her feet by her boyfriend and she was fully soaked in water needing to adjust her dress.

The clip became famous after she uploaded it in her social media page where the caption read, “When you couldn’t make it as an actress so you have to give people a street performance.”