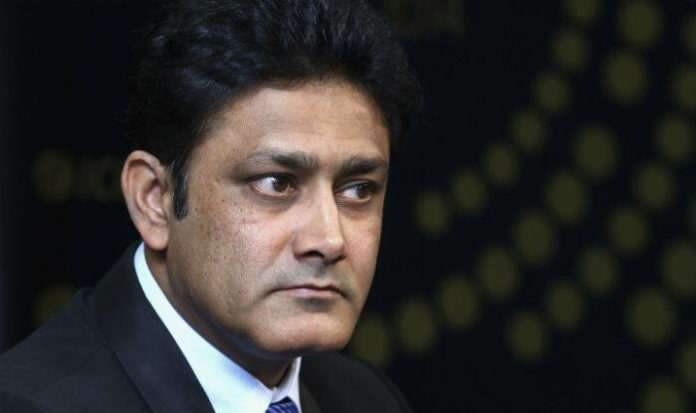 Maybe it’s just bad fortune because other than that nothing can explain Punjab Kings loss to Rajasthan Royals.

The team’s loss was humiliating as they failed score eight scores in the last two overs. The scoreboard showed that the Punjab Kings lost by just two runs.

It seems to have become a pattern with the team as they have had a similar defeat to Kolkata Knight Riders last year in Abu Dhabi. They could not score the last 22 runs to win the game.

When Punjab Kings coach Anil Kumble is asked about Punjab Kings dismal performance, he had nothing to say except that what they had planned before did not work. He did acknowledge Kartik Tyagi’s bowling skills and his strategy.

“It’s sort of become a pattern for us especially when we get to Dubai, it seems. The approach was clear, we needed to finish it in 19 overs. That was the approach, to not let it go till the end. But unfortunately, when you leave it to the last couple of balls, it becomes a lottery. Credit to [Kartik] Tyagi for the way he bowled.”

Now that this is the sixth loss, Punjab Kings have to win every remaining match in the second phase of the IPL 2021.

The batters seemed to be at a loss when they were faced against Kartik’s throws. They could not get their bat to ball.

Kumble expressed his irritation with the batsmen of this team who failed to see what he Kartik planned to do.

“It was pretty clear he was going to bowl wide outside off, and somehow our batters didn’t take the right options. We need to discuss this and sort it out. We have five more games to go, we don’t want to get bogged down by this defeat but it’s certainly a bitter pill to swallow.”

Kumble was particularly satisfied with the way the bowlers performed.

“Arshdeep bowled brilliantly, as did Shami. [Harpreet] Brar bowled really well on a tough pitch. On a ground where one side of the boundary is short, at one stage Royals looked good to score 200-210. So to really squeeze them in the last four, I thought the bowling effort was really good.”

It seems that Kumble has to do much more than just talking with his team.