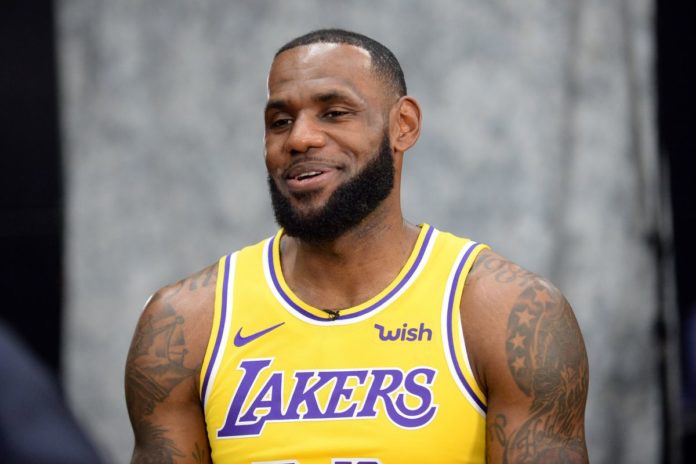 LeBron James signed for the Los Angeles Lakers this offseason, leaving the Cleveland Cavaliers for a four-year, $153.3 million free-agent deal. He made his first official appearance as a Laker in their media day, sporting the famous purple and yellow hues.

Next season the key components of the Lakers alongside James will be Kyle Kuzma, Brandom Ingram, Lonzo Ball and veterans like Rajon Rondo and Lance Stephenson. The 33-year-old star sounded confident that he will be able to mesh with his new team.

The young talent available at coach Luke Walton’s disposal is one of their strengths and LeBron believes that he can fit in with them. A fast-paced playing style could be seen at the Staples Centre next season, something which Walton has suggested.

James has always tried to involve his teammates in the game and his assist numbers attest to that fact. Ball is also a pass-first point guard and it will be interesting to see how he impacts the game alongside James. Wiser heads like Rondo and Stephenson will provide some depth as Ingram and Kuzma will look to build on last season’s performances.

"I believe my game can fit with anybody."@KingJames is ready for LA 👑 (via @NBATV) pic.twitter.com/MM1MC9OLA1

James’ move to Los Angeles promises to be an intriguing storyline for NBA fans but the man himself believes that it will be a smooth transition. Only time will tell if that is the case.