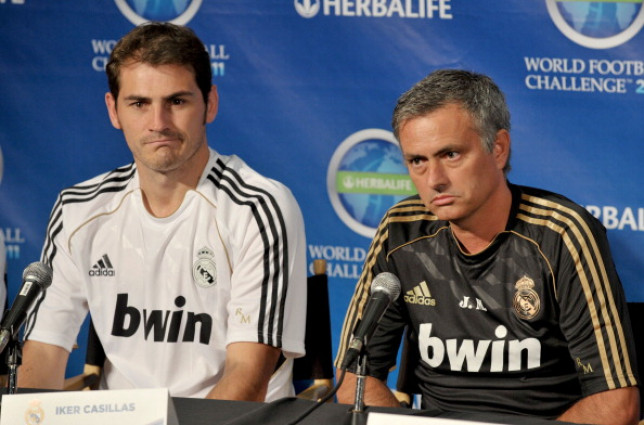 Mourinho could only watch on as his side was decimated 3-1 at Anfield as Xherdan Shaqiri emerged from the bench to score twice.

The relationship between Mourinho and Casillas is far from amicable these days now as they had a conflict during the Portuguese’s tenure in Real Madrid.

“When you spend so long in the same team, people start to get bored of you,” Casillas explained in 2015, two years after Mourinho’s departure from the Bernabeu.

And it appears Casillas still holds a grudge over Mourinho to this day.

The 167-cap Spain international, who currently plays for Porto, tweeted: “According to a Portuguese newspaper someone said that a player like me (37 years) is at the end of his career. Completely agree!

“My question is, for that newspaper: in the case of coaches, when and at what point do you see that they are no longer to lead a team or train?”