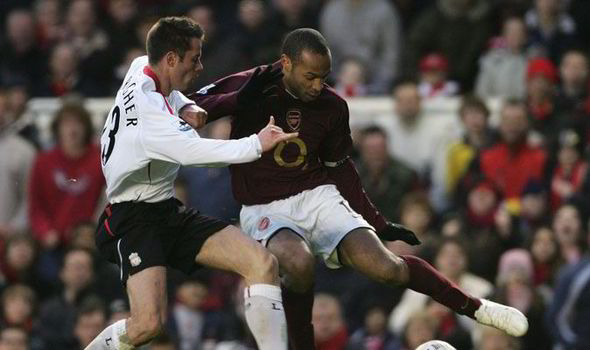 Former Liverpool defender and Sky Sports pundit, Jamie Carragher, rates Arsenal legend Thierry Henry as the toughest opponent he faced as a player. One of the finest prolific strikers of all time, Thierry Henry, with his 228 goals, remains Arsenal’s all-time record goal-scorer in the Premier League ahead of former England international Ian Wright. The Frenchman scored nine goals in 18 appearances against Liverpool and Carragher heaped high praise on the former Gunner.

“I’ve used this analogy before and I make no apology for using it again. When he hit top gear and ran past you, it was like trying to chase after someone on a motorbike.” Carragher stated.

Jamie Carragher on Thierry Henry : “I’ve used this analogy before and I make no apology for using it again. When he hit top gear and ran past you, it was like trying to chase after someone on a motorbike." pic.twitter.com/BVfTEq2ykN

“Sometimes as a defender against some of the top players we had at that time; Alan Shearer, Didier Drogba, Wayne Rooney, Robin van Persie – there’s not a lot you can do in certain situations because they were that good. But in his prime, Henry would simply run past you and there wasn’t a lot I could do”

Among all the superstar strikers to embrace the Premier League since its inception in 1994, Thierry Henry belongs to the top-tier. The 1998 World Cup winner joined Arsenal from Juventus in 1999 for a sum of £11 million, which was considered a huge amount in those days. But Henry paid off the dividends by scoring 254 goals in 174 games and was an integral part of Arsene Wenger’s team, including their famous unbeaten Premier League campaign in 2003-04. Henry finished his Arsenal career in 2007 joining Barcelona for €24 million.