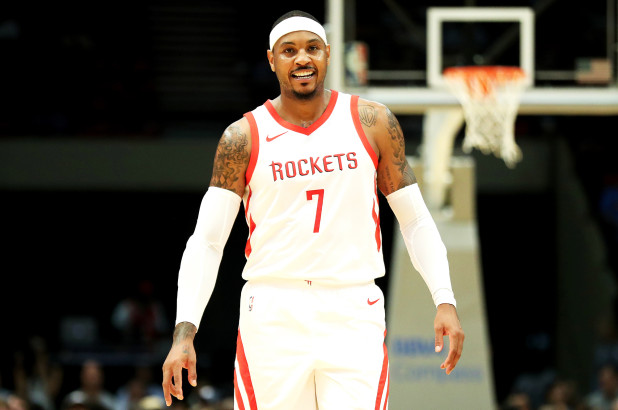 Carmelo Anthony has begun his new journey with the Houston Rockets, and Wednesday’s game against the Memphis Grizzlies showed that he is taking time to fit in.

Anthony drained a long two-pointer in the match, but then turned and actually apologised to the Rockets’ bench. 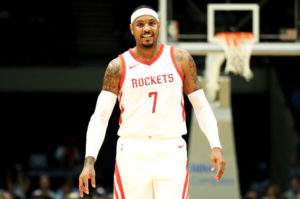 He pump-faked a three-pointer and then converted from inside the arc, but then said ‘my bad ‘ to the Rockets’ bench as he ran backward. This is in relation to Houston’s philosophy, which propagates shooting threes and making shots at the rim.

Melo will take time settling into the system, but this showed that he is definitely making the effort. The shot was actually a good one, as he created space for himself by the fake, But that does not fit in with what Daryl Morey wants to do.

The Rockets broke the record for the most three-pointers made in a season last year(15.3 makes per game), and it was the second straight season in which they broke the record.

Anthony has always excelled at his mid-range game, and he will find it hard early on to resist from shooting from inside the arc. But slowly and surely he will begin meshing with the Rockets’ idea. And he is so good at the two-pointer, he may as well be allowed to take a few once in a while.