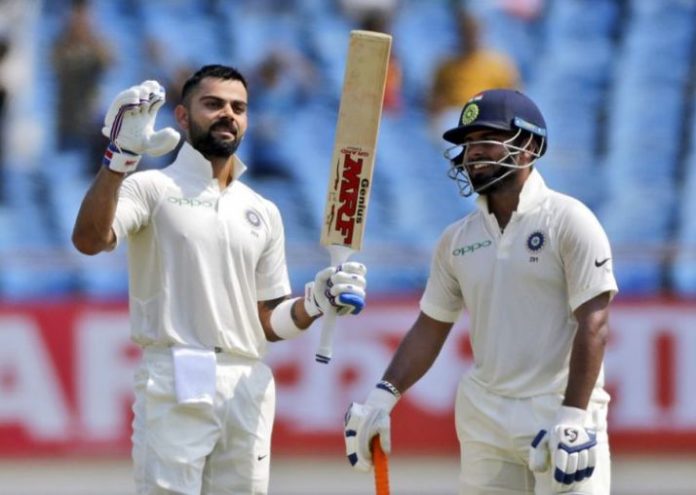 The India cricket team on Saturday reached Australia, where the men in blue are scheduled to play three T20Is, four Tests and three One-Day Internationals. Captain Kohli after reaching Australia, took to Twitter and shared a photo with young wicket-keeper bastman Rishabh Pant.

Kohli posted the photo with a message, which read,”Back to Australia. Looking forward to the next few weeks with this champion @RishabPant777.”

Back to Australia. Looking forward to the next few weeks with this champion @RishabPant777 ✌️✌️ pic.twitter.com/Ikd8La5CUb

Kohli has enjoyed an incredible 2018 so far with 1063 runs in 10 Test matches at a remarkable average of 59.05 including four hundreds and four fifties. In ODIs as well, Kohli has been in brilliant form with 1202 runs in 14 matches at a miraculous average of 133.55 with the help of six hundreds and three fifties. He had recently overtaken Sachin Tendulkar to become the quickest batsman to scale the milestone of 10,000 ODI runs

Pant was included in the T20I series against Australia after Mahendra Singh Dhoni was dropped from India squad.

India will play a three-match Twenty20 series before the first Test starts in Adelaide on December 6 with Perth, Melbourne and Sydney hosting the remainder of the Tests before a three-match one-day international series in January.