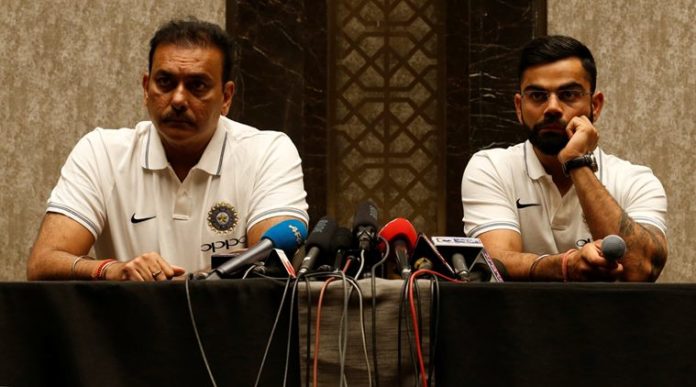 While speaking to the reporters captain Virat Kohli said that he expects individuals to step up and “show more character” during the Australia tour as the bowlers have already shown that they are more than capable of picking 20 wickets in a Test match. He laid special emphasis on the need for batsmen to bat together and the lower order to be “fearless.”

“We are focused on how the batsmen can bat well together and not just individually. Bowlers are in a good space and after a long time we have an attack which is capable of picking 20 wickets,” Kohli told reporters in Mumbai.

“If we look at the England tour, apart from Lord’s, we didn’t get bundled out in a Test . We batted well in patches through the series. But when we don’t bat well as a team, we fall down and lose and mentally it takes a toll on you.”

Kohli also revealed that the team management has asked the players to live in the present and not to dwell over their past failures. Apart from Kohli, none of the batsmen showed consistency during India’s tour of England but Kohli is confident that the players will leave their mark in the forthcoming series.

“The idea is to always live in the present and not to focus on the past. We went through a difficult time in 2014 but we came out of that shell. It has happened with me in the past as well. We are always trying to stay in the present because we have the talent. These are just the little things that we need to solidify.”

India’s tour of Australia starts on November 21 with a T20I.