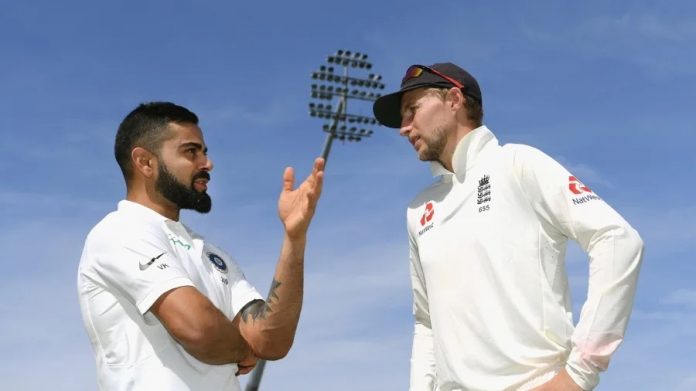 Fresh off from an astounding victory in the Border Gavaskar Trophy in the land Down Under, the Indian Cricket Team are readying themselves to receive the Englishmen on their shores for a three-format series which will commence with a four-match Test series, scheduled to kick off from 5th February at the MA Chidambaram Stadium.

Having defeated Australia 2-1 in their home in a much eventful and dramatic red-ball series, its no wonder that the Men in Blue will be high on confidence as they prepare themselves to host the England cricket team. But just how much are the odds on the side of India? In today’s sports news we will see if India has the capability to whitewash Australia in the upcoming test series.

Trouncing the Aussies in their backyard is one art that India has accomplished back to back, but their climb to glory after the disappointing Adelaide performance was not smooth.

Their first tour after international cricket resumed and India were facing abuses from the Sydney crowd, albeit the Ajinkya Rahane commanding squad were the ones to have the last laugh. Now, coming back to their own backyard and India will be hosting England with a massive backing of more than 1.30 crore voices. 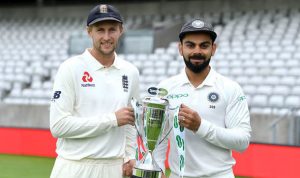 England surely remembers their last footing in India, which dates back to 2016 when they were whitewashed 4-0 by the hosts. No wonder that Virat Kohli, ready to rejoin his compatriots to don the white shirt, will recall the last time he had conquered the Lions.

Both teams will be engaged in their full firepower, India just a little more

Make no mistake that England has all the downsides. As their former stalwart Kevin Pietersen words it, a win in India is no less of an honour that thrashing the Aussies in their homeland. However, the former batsman is baffled at the ECB for deciding to drop  Jonny Bairstow, Stuart Broad and James Anderson for the India tour.

“It’s disrespectful to ENG fans & also @BCCI to NOT play your best team. Bairstow has to play! Broad/Anderson have to play!” KP had tweeted out a couple days prior.

Although England has decided to rest their three key players and is sending their squad in two phases, their pivotal all-rounder Ben Stokes is already getting acclimatized in the Chennai weather, the venue for the first Test.

Spin bowling will be a factor in the series and with England having a little less experience in that department, the Indian spinner squad with the presence of Ravichandran Ashwin, Kuldeep Yadav as well as Axar Patel and Washington Sundar is expected to play a major role in the scores.

In Australia, India found a gem in their dressing room- Mohammed Siraj and his monumental example of steadfastness in his debut Test series- finishing with 13 wickets plus a 5-wicket haul in Australia, all while tolerating the verbal slangs from the home crowd.

India will also have both Ishant Sharma and Hardik Pandya back in their lineup. While the experience of Ishant will be a massive plus point for the team, there are doubts if Pandya will be on his full all-rounder avatar, as there are speculations that the 27-year-old may not be implemented for bowling duties.

All things considered, the upcoming India vs England Test series is setting itself up to be one action-packed affair. A victory will help India, the No. 2 team in the ICC Test Rankings to soar to the top spot and replace New Zealand. However, England being ranked fourth with a difference of just 10 ratings, won’t be an easy challenge.