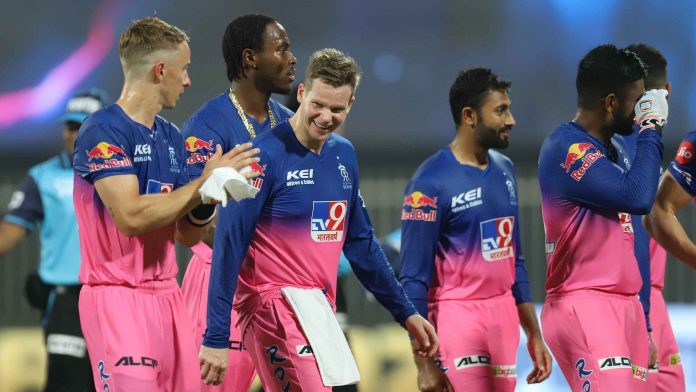 Rajasthan Royals were the first Indian Premier League champions when the competition began in 2008. Then captain, Shane Warne led his team to victory over Chennai Super Kings by three wickets. The Royals would have believed that they would add further crowns to their name after their triumph in the inaugural tournament. 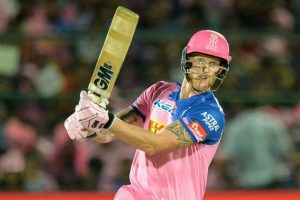 However, this has not been the case and Rajasthan have not even returned to the final. Their best performance came in 2013 when they were narrowly beaten out by Mumbai Indians in Qualifier 2. It was a rare solid run for the franchise, who have more often than not failed to reach the post-season.

The 2020 campaign was no different. At one point it appeared as though Steve Smith’s men could sneak in the playoffs in the closing stages of the term. However, a defeat at the hands of Kolkata Knight Riders ended their season, placing bottom of the standings with six wins to their name from their 14 matches.

Head coach Andrew McDonald, along with the Royals’ hierarchy, have plenty of work ahead of them to turn the franchise into contenders for the crown once again. There were bright spots last term, but those were few and far between. Rajasthan may require a reshuffle of their squad, and, fortunately for them, the new campaign may provide a solution to their problems.

Where did it go wrong for Rajasthan?

For all their issues on the field, Rajasthan boasted the best player in the tournament. Jofra Archer was outstanding, being named the most valuable player of the 2020 season. The England bowler claimed 20 wickets in his 14 matches at an average of 18.55 and an economy rate of 6.55 – truly astounding statistics.

Archer provided the quality that Rajasthan required from their overseas star. However, he lacked support in the bowling ranks, as no other bowler averaged below 30 in the rest of the line-up. Rahul Tewatia was solid enough, but there was no one else forthcoming to ease the burden from the shoulders of Archer.

The Royals’ best option could be to clean house, and a solution could be on the horizon. The BCCI are reportedly lining up a move to add an additional franchise to the tournament next season. It would prompt a mega auction where almost every player would be available. Rajasthan, along with the other franchises, would get the opportunity to protect at least three players. Archer would certainly be top of their list to lock down for the future. The rest of the bowlers should certainly be allowed to explore other opportunities following shocking levels of production in 2020.

Rajasthan’s bowlers were certainly the main issue, but the batsmen did not cover themselves in glory. Smith himself could come under the spotlight with his captaincy. It’s one of a few key decisions that have to be made in the off-season.

How can the Royals improve next season?

As it stands, Rajasthan are the rank outsiders in odds provided by Betway at 10.00 as of 13th November to win the 2021 IPL. It’s a fair assumption of where the franchise are at the moment compared to their rivals. They’re certainly not going to scare Mumbai Indians or even Delhi Capitals in a bid for the crown, despite an impressive win over the former in the latter stages of the 2020 season. That triumph over Mumbai was perhaps the highlight of the campaign for Rajasthan as Ben Stokes’ brilliant century allowed his side to chase down a total of 196 with ease.

Stokes was missing for the first half of the tournament for family reasons. His absence was a massive blow, and he proved his value to the team on his arrival. Rajasthan might be curious to see whether they could lock down the England all-rounder and perhaps build the team around him. Smith’s captaincy at times has been wanting, and for all his brilliance in the longest form of the game, the Aussie does not have the skill set to be a dominant T20 player. The displays of the 31-year-old were certainly lacking in 2020 season, scoring only 311 runs in 14 matches.

Stokes may be able to offer new energy and certainly relished the challenge of leading England in a Test match during the summer in relief of Joe Root. His relationships with Archer and Jos Buttler are also a crucial factor, and he might be able to generate out of the two players than Smith; given their bond at an international level. As Sky Sports noted, Buttler was wasted last season in his role in the team.

Performances have not been good enough from the Royals over the past two seasons, and the promise of changes in the competition could give the franchise a perfect opportunity for a new beginning.