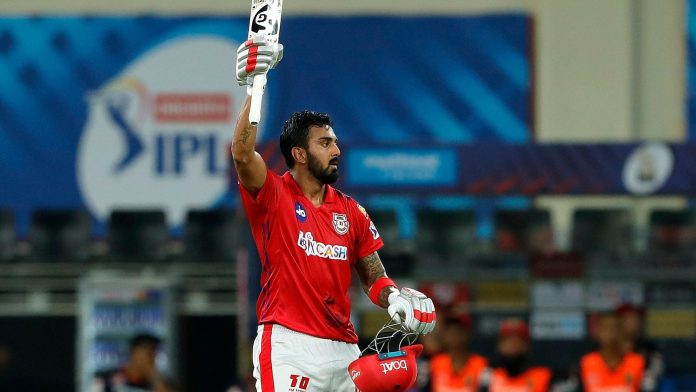 As we approach the business end of Indian Premier League (IPL), teams and players are quickly running out of time to make a mark. While the Mumbai Indians, Delhi Capitals and Royal Challengers Bangalore have almost cemented their places in the playoffs, teams below them are scrambling to garner crucial points in the quest for a top-four finish.

Kolkata Knight Riders made a strong case with contrasting wins on Saturday, but it is the Kings XI Punjab-who have the real momentum going in the final stretch of league matches.
At one point Kings XI Punjab were languishing at the bottom of the table, but they have staged an unimaginable comeback, winning four matches on the spin to be in contention for a place in the knockouts. The KL Rahul led-team showed nerves of steel as they edged out Sunrisers Hyderabad in an edge-of-the-seat contest in Dubai, which would give them hope of the great escape.

Following the win, the KL Rahul-led KXIP are placed fifth on the points table with ten points from eleven matches, while KKR have 12 points from as many matches. Significantly though, KXIP enjoy a better run-rate than KKR, which could turn out to be a telling factor.
After an indifferent start to the campaign, KL Rahul at times has come under the scanner as captain; however, has made the bat talk. Currently, he is the highest run-getter in IPL 2020 with 567 runs in 11 games that includes a century and five fifties.

Rahul leads from the front

The IPL has been a great chance for KL Rahul to show that he can score runs when given the responsibility. In addition, he has established his own ideas for the team and shown that he is capable of captaining a side and how he moulds his team and extracts effort.

Apart from his good form with the bat, Rahul’s calmness has been tremendous. It is the trait of a good leader and he showed it during the course of a maiden season at the helm of affairs at KXIP. With the additional burden of wicket-keeping, the calmness in his leadership, and the way he has picked up form, there is no doubt he could be India’s next captain.

But can all of this transpire into KXIP making it to the playoffs? They certainly have the momentum and that’s a great habit to fall into, especially at the fag end of the league-stage. They would be hoping that KKR lose at least two of their three matches, while they win their two. That would be ideal for Punjab to make it to playoffs. But it is easier said than done.

KKR came up with a stellar performance against high-flying Delhi capitals and that has hardened the fight for the last position up for grabs. After turning their season around with four back-to-back wins, Rahul-quite symbolically has said the team was taking in one game at a time.

Rahul rides on the wave

Charge d’affaires of KXIP, head coach Anil Kumble always flaunted a never-say-die attitude in his playing days. The wily spinner, now the head coach of the team has seemingly imbibed the priceless attitude in the team. Tellingly, post the stunning win, KL Rahul emphasised that most of the work done is always behind the scenes, not just the players, but the support staff.

Punjab have had so many close finishes this season that perhaps they can just hold their nerves a little better now or maybe it was just a case of them finding some magic when they needed it most. Their crucial win showed that sometimes you just need to hang in there. Do that long enough and things will happen for you.

Winning the IPL crown is a very difficult balancing act at the best of times. But for Punjab, they are making a beeline to the playoff spots and there seem to be no stopping them! Just at the right moment, Kings XI find themselves in an advantageous switch of fortunes: they’ve gone from losing games that were impossible to lose to win games that were impossible to win.