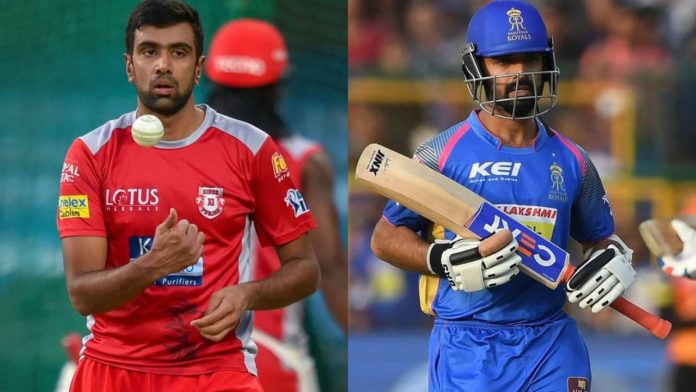 When one talks about the shortcomings in the current Indian team, the first thing on the discussion table would be fragile middle-order. The team management’s efforts to fill in the spot with a variety of players have been futile till now. If the top three depart early, the team is unable to either post a big total or chase down one. And with the retirement of MS Dhoni, it is even more imperative that the holes are plucked before the big guns come calling. This is where an unforeseen option of Ajinkya Rahane might pop up.

Rahane last played ODI cricket on the tour of South Africa in 2017-18 when captain Virat Kohli talked up his chances for the No 4 slot in the strong Indian batting line-up. Ultimately Rahane was not selected on the touring party for the Cricket World Cup and the No 4 spot proved to be India’s Achilles heel.

Another player who has been in and out of Kohli and Ravi Shastri’s plans in Ravichandran Ashwin. The Indian squad composition meant there was only one place for a spinner in an overseas tour and the vote went to Jadeja, Kuldeep Yadav and Yuzvendra Chahal, with a bigger claim perhaps to batting ability.

Both Ashwin and Rahane would be plying their trade for Delhi Capitals in the IPL, pinning their hopes of a comeback to the Indian team with a strong show in UAE.

"My most challenging assignment as captain."

Delhi Capitals skipper Shreyas Iyer has put this on record that the addition of Ravichandran Ashwin and Ajinkya Rahane will bring a great sense of depth to the team.
“These are both individuals who are highly knowledgable about the game and have captained IPL teams, so as a captain this is an opportunity for me to use their experience and reach out to them whenever I need some help,” he added.

Indeed, Rahane and Ashwin are the two veterans of the IPL and they bring a lot of experience to the ranks of the Delhi Capitals. The duo would be hoping that they have a good outing in the IPL to give themselves a good chance to make a comeback to the Indian side, with important series against Australia and England coming up.

Delhi Capitals chairman Parth Jindal on Saturday waded into the debate around the contentious issue of ‘Mankading’, saying Ravichandran Ashwin showed a lot of “courage” by running out Jos Buttler at the non-striker’s end last IPL after the batsman backed up too far.

This edition of the IPL for Ajinkya Rahane is something more than just resumption of playing cricket. It is going to be his final shot in getting back his place in the white-ball team of India.

It will the Mumbaikar’s first stint under Ricky Ponting, the DC coach, and Rahane will hope to learn the trick of the trade from the legendary former Australian captain.

“For any player, growth is important. Playing under Ricky Ponting (is something) I am excited about. As a player, you want to grow and learn. This is the best opportunity to take my game one step forward,” Rahane hoped.

Rahane is someone, who will not talk about his chances of comeback-but rather let his bat do the talking. He also said that before getting dropped from the team, his records have been good in white-ball international cricket. People are always talking about averages and strike rates before getting dropped, in the last two years, his record has been fantastic in 50-overs cricket. He has got the ability, and the belief in himself and he is confident to make a comeback in white-ball cricket.

There are hurdles in the quest by Rahane right now as he wants to find a regular spot in the playing XI while playing for the Capitals. The first choice of openers is likely to be Prithwi Shaw and Shikhar Dhawan as the Englishman Jason Roy is going to be ruled out due to injury. The middle-order packs a lot of punch with Rishabh Pant, captain Shreyas Iyer, Marcus Stoinis, and Shimron Hetmyer.

When Ravichandran Ashwin first burst onto the scenes, he was labelled by many as a T20 specialist who loves his variations. It’s a different story that he is currently India’s spin-spearhead in Test cricket and hasn’t played any limited-overs match for the country since 2017. But Ashwin’s love for variations still stands true.

The emergence of Kul-Cha (Kuldeep Yadav and Yuzvendra Chahal) in limited-overs cricket got him out of the team. It would be a task for Ashwin to return to white-ball cricket, but he remains a firm favourite to be in the Test side.

Knowing the duo, it is safe to say that they will focus on things they can control, their on-field performances. The rest shall depend on their form, fate and Kohli‘s call!