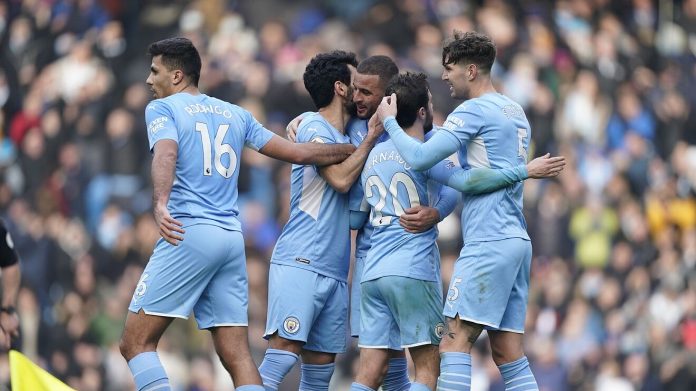 The Champions League, for many teams, has been like the holy grail. It is held in such high regard, and it is perceived as being the pinnacle of club football.

Over the years, Europe’s elite competition has provided countless memories since undergoing a revamp in 1992.

More recently, the Champions League has been well represented by Premier League teams, which has only served to underline the supremacy of England’s top-flight division.

This year, three English teams have reached the knockout stages of the competition – Chelsea, Liverpool, and City.

It’s not uncommon to see the Premier League’s superpowers reach the last 16 of the Champions League, and of the three aforementioned teams, only Chelsea and Liverpool have won the competition in its current guise.

City were beaten 1-0 by Chelsea in the Final last season in Portugal, and once again the Citizens will be heading back to that part of Europe to face Sporting Lisbon in the first leg of their tie.

Meanwhile, Pep Guardiola’s men appear to be making serene progress towards the league title, and they have only lost twice this term. However, City’s owners have a vision, and with all the money that has been invested, they would have hoped to see the club make more of a mark in Europe. 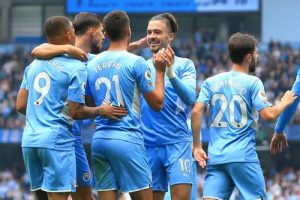 Nevertheless, last season was perhaps a stepping stone to potential success in the competition in the future. Perhaps what is most surprising, is that Guardiola – who is one of the greatest managers in the game – has only (yes only!) won the Champions League twice during his managerial career, and the last time was in 2011 when he was in charge of Barcelona. Naturally, expectation levels soar around City, and now there is more pressure on them to deliver in every competition they enter. City have previously played Sporting just once before, and that was in the Europa League in the last 16, but City exited the competition after being knocked out on away goals, despite a valiant comeback in the second leg after going two goals down. In terms of the Champions League, many of the bookmakers around the world aren’t expecting an upset this time around. Indeed, when looking at the online betting in Australia sites, sportsbooks such as Bet365 and Unibet have given short odds on City to win the first leg, and the same bookies have given City a very short price in the outright market to go all the way in the Champions League.

Of course, City would love to complete a treble of Premier League, Champions League, and FA Cup, and they would be the first team to do so in England’s top flight since Manchester United back in 1999, and we all know what happened there!

City still have a lot of football to play in the Champions League, and they can’t take anything for granted.

But can they win the Champions League? Well, they have as good a chance of any even though there are some threats in terms of the teams left in the competition. Only time will tell, but we will watch their progress with great interest.