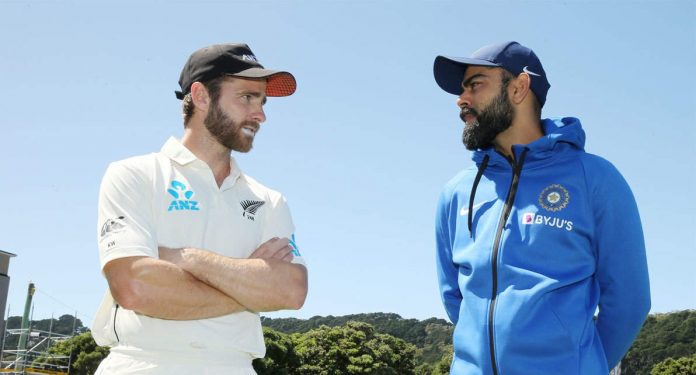 Winning against New Zealand is not an easy task. But if Team India can tighten themselves and manage to cover the extra mile, then we can witness glory at Southampton next month.

The much-awaited clash of the inaugural edition of the World Test Championship (WTC) will be played from the 18th of June to the 22nd of June. The final will be witnessing a clash between two fierce teams in the form of India and New Zealand.

While India is at the top spot in the ICC Test rankings with 2914 points, New Zealand sit at second position. Thus, we can expect a thundering contest between two heavyweight teams. A month before the WTC final, as the heartbeats get fast, let’s have a look at this upcoming clash of the titans. 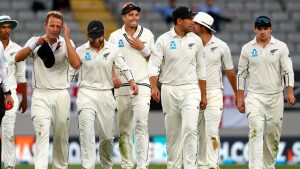 The final of the WTC will be taking place at the pacy and swing-friendly conditions of England. Southampton will host the event and we can expect heavy swing from the Kiwi bowlers, who mostly play in conditions that favour swing.

NZ have a potent bowling line-up in the form of Neil Wagner, Kylie Jamieson, Trent Boult, and Tim Southee, who will test Indian openers up-front. Thus, the opening combination will be very decisive to India’s chances in the final.

The pitches in England are never run-fest and it’s tough to score 400-500 runs regularly. The average first innings score at Southampton is 337 while the average second innings score there is 280. Thus, Indian batters, especially the middle order has to be strong and should have the temperament to withstand the bowling whiplash unleashed by the Kiwi bowlers.

The standout partnership was the 7th wicket partnership between Shardul Thakur and Washington Sundar in the Gabba Test proved to be a game-changer for India as the duo added 123 runs from 217 balls. Should the lower-middle order continue to contribute, India can very well breach the 400-mark.

One of the major reasons behind Virat Kohli’s success as Test captain is India’s strong pace attack. The likes of Jasprit Bumrah, Mohammad Shami, and Ishant Sharma have flourished under the able leadership of Virat Kohli. The pitch in Southampton would favour seamers more, hence the seamers’ performances will be key to India’s chances.

Over the years, Bumrah’s consistent line and lengths and his toe-crushing yorkers have bode well for Team India. He has notched up 83 wickets in the 19 Test matches. Mohammed Siraj, who is likely to be part of the playing XI, showed his skills in Australia and picked up 13 wickets, most for the visitors. He will also be key to India’s success. Ishant has a great record playing in England where he has achieved marvellous success in the past and also his experience could lead the pack and provide an early breakthrough against the opponents.

The conclusion is that the Indian team is charged up right now after their back to back successes and that would provide a big boost for the team as most of their players have delivered when required. However, saying that New Zealand has been playing exceptionally well too and they are a strong team to defeat. India just has to make sure to keep their temperament in adverse conditions and fight with the same zeal with which they fought at Gabba. If they continue to do what they have been doing so far, I think India has a pretty good chance of winning the World Test Championship.