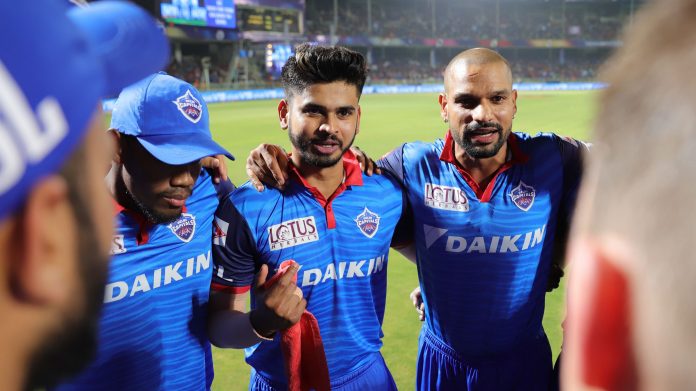 After an embarrassing 88-run loss to Sunrisers Hyderabad in the Indian Premier League (IPL) 2020, Delhi Capitals (DC) must realise it is time to turn things around. The loss to SRH was DC’s third in a row as they slipped to third in the IPL 2020 table.

At one stage DC were the table toppers and the depleting loss acts as a major dent to their maiden IPL title aspirations. Now with two tough matches to play — against defending champions Mumbai Indians and the in-form Royal Challengers Bangalore –, the task is cut out for the Shreyas Iyer-led side struggling to find momentum.

After starting off the tournament brilliantly and registering seven wins in first nine games, the Capitals have succumbed to a hat-trick of defeats, completely going off track as we approach the business end of the tournament.

On Tuesday, chasing a mammoth 220 for victory, Delhi were rocked early as they lost Shikhar Dhawan (0) and Marcus Stoinis (5) in the first two overs. They eventually folded for a lowly 131 in 19 overs, while Sunrisers kept their hopes alive as they registered their fifth win in 12 games.

So how can the capitals stem the rot and get back to winning ways?

DC bowlers in a rare off-day

DC bowling spearhead Kagiso Rabada had a rare off day as he went wicketless for the first time in 25 matches with his four overs going for 54. One of the best bowlers this season, Rabada has already shown his prowess with 23 wickets this season, with the purple cap on his head but his form in the powerplay hasn’t been the best for the Capitals.

He has struggled in the powerplay. This game was no different, as the Protean quick conceded 37 runs in the first two overs, as he looked clueless against the bludgeoning of David Warner and Wriddhiman Saha.

Apart from Rabad, Anrich Nortje has been instrumental in Capitals’ superb run thus far. He too was off colour and was taken to cleaners by SRH openers. Following another failure, skipper Shreyas Iyer needs to find a way of utilising the maximum from Nortje and Axar Patel in powerplay overs. Rabada’s second over in the SRH innings was certainly the game-changing over, where he conceded 22 runs, which totally set the game off for Delhi.

More worryingly for the capitals, their otherwise formidable bowling unit looked pale and dejected and needs quiet cajoling before two important matches against teams who are above them in the table. Things can change quickly in IPL, and given the fickle nature of the format-two wins could make or break the team’s fortunes.

#WeRoarTogether, in good times and in tough. Here's to a stronger comeback and a louder roar in the next 💙#YehHaiNayiDilli pic.twitter.com/w8cL53uK8W

DC opening batsman Shikhar Dhawan was having a hard time in the IPL 2020 but then he had a leap of faith as he got back to his brisk run-scoring ways after making a half-century against Rajasthan Royals in Dubai. Since then the southpaw has 471 runs so far at 52.33 with a strike-rate of 147.64.

Fellow opening batsman Prithvi Shaw needs to bat with more responsibility at the top since Dhawan may not be able to rescue the side all the time. Shaw’s last four innings have included two ducks.

Skipper Shreyas Iyer too has not been hitting the ball as fluently as he was before suffering a side strain. Rishabh Pant, who made a comeback from injury against Punjab, too has not yet set the stage on fire.

Delhi’s opening pair in the last six games has scored exactly 30 runs, with as much as three zero-run partnerships. If you remove the 25 run-partnership against Kings XI Punjab, they have a four-run and now a one-run partnership to cap it all off. Forget Chennai Super Kings, Royal Challengers Bangalore and even Kolkata Knight Riders with Sunil Narine as an opener for a minute, this is the worst opening wicket partnership in the entire IPL.

Despite the change of partners, from Shikhar Dhawan-Prithvi Shaw to Ajinkya Rahane-Shikhar Dhawan, Delhi’s opening wicket partnership has always been at this downfall and it can even knock them out of a playoff spot, with them finishing outside the top-four. Apart from the Mumbai Indians, they’ve been long touted as title-favourites-it is about time for Delhi Capitals to prove their credentials.